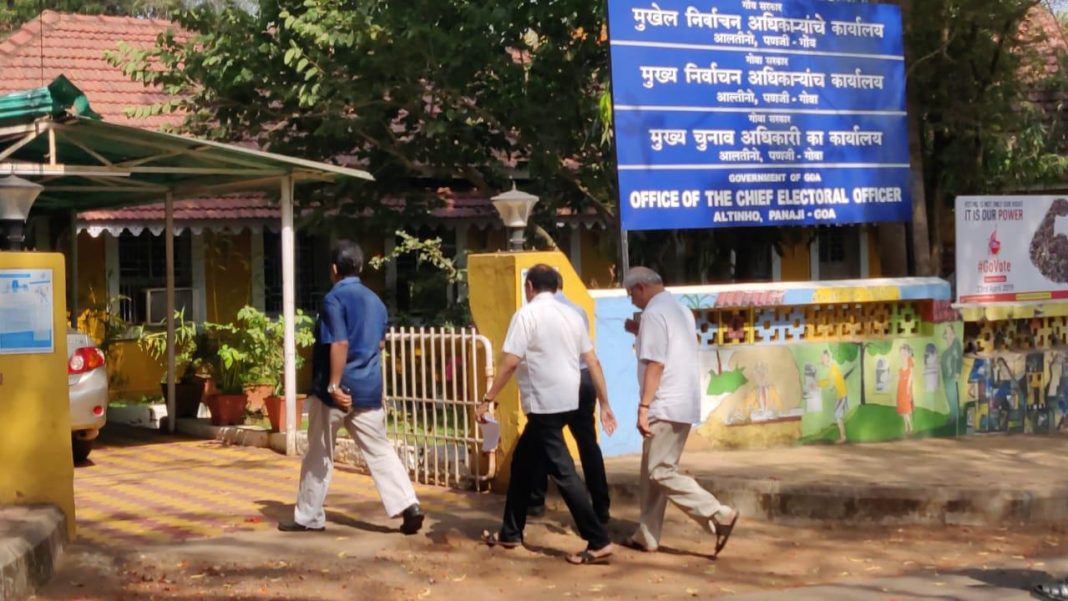 Panaji: Bharatiya Janata Party on Saturday filed complaint with Election Commisison of India against Congress party for violating Model Code of Conduct by addressing a press conference, when campaigning has come to an end.

Panaji Assembly constituency would be witnessing by-election on May 19, tomorrow which is necessitated after the demise of Chief Minister Manohar Parrikar.

Chodankar had addressed mediapersons at party head office on Saturday afternoon accusing BJP candidate Siddharth Kunkolienkar of being involved in corruption in tendering work of electrification of third bridge on River Mandovi.

BJP leader and former minister Rajendra Arlekar, who was part of the party delegation that met CEO, said that Congress was well aware about the restrictions imposed on campaigning 48 before the voting but audaciously resorted to break the rules.

“Any statement against party candidate amounts to campaigning. Congress leaders were well aware about it,” he said.

District Collector R Menaka talking to reporters said that CEO has forwarded the complaint by BJP against Congress to her and detailed report would be submitted by this evening.