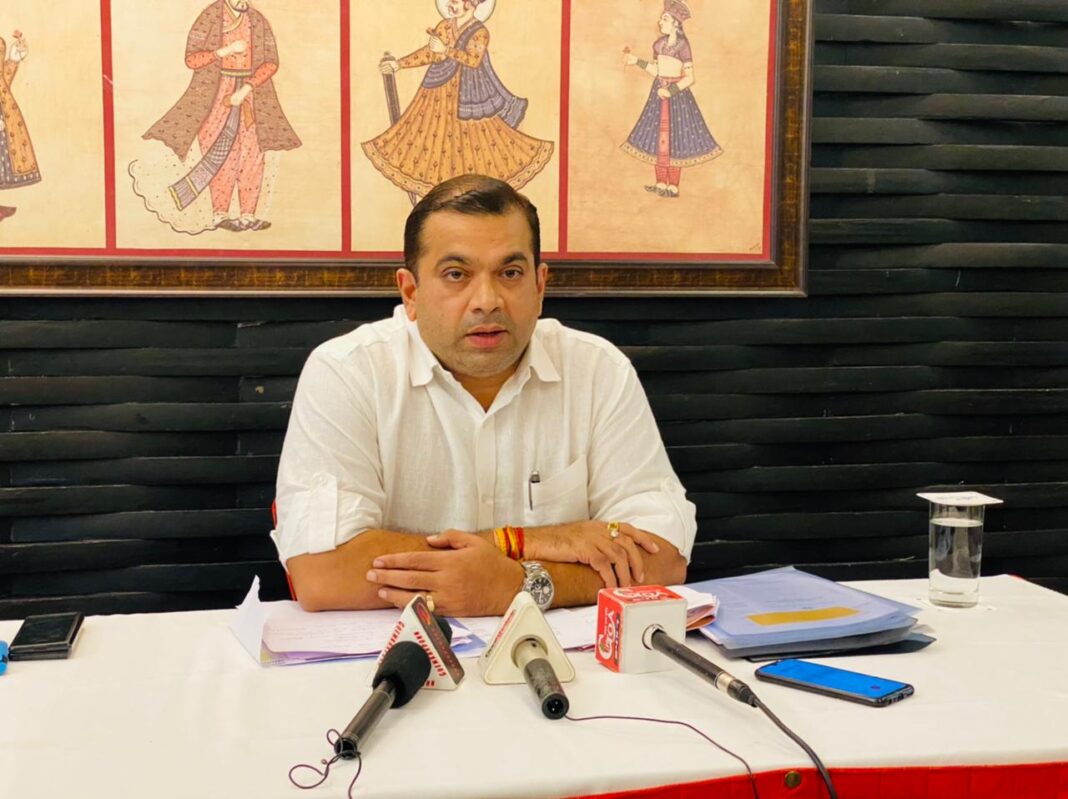 Speaking to reporters, Khaunte questioned how Chief Minister Dr Pramod Sawant can rename the Bill, which was passed on the floor of the House. “He is taking of renaming the Bill from Bhumiputra to Bhumi Adhikarini after he faced a backlash from the people,” the MLA said.

He questioned whether CM will amend the Bill through an Ordinance, or is once again fooling the people. Khaunte said that the State government should call for Public Hearings for the Bill. “Government should call for public hearing and also consider all the suggestions. They should not act like CZMP wherein the suggestions were called but were never considered,” Khaunte added.

The MLA said that the existing laws in the state were enough to handle the issue of regularising the Houses but this Bill is without any clarity and with skeptical intentions.

Speaking about the Mining Corporation, Khaunte said that there are several questions which are yet to be answered as passing of the Bill will not have legal validity considering the fact that the mining issue is a central subject.

He questioned under which provision of the MMDR Act 1957 the Corporation is formed? “Did State Government take permission from the Centre Government for forming corporation?”

“State Government has not commenced with the auction of mining leases so far. Is it necessary to form corporation at this stage as State has failed to implement section 8A (4) of the MMDR Act 1957 as Amended on 12 January 2015.”

Khaunte said that on board of Directors State has placed Secretary mines and Secretary Finance and most interestingly the third Director is Director of Mines and Geology, is it not a mockery?

“Can Director of Mines and Government officials be on the Board of Director panel? Is it not that there will be conflict of interest in granting lease to its own corporation?”

He said that there cannot be an independent Act of the State Government to have mining operations. It should be as per MMDR Act 1957. “The corporation can be a company which is registered under companies Act and making an Act by way of bill in the house is in contravention to MMDR Act and rules made there under.”

“Government has totally overlooked section 8A(8) of the MMDR Act 1957 while forming the corporation. No auction has yet been carried out by State Government for mining leases and as on date corporation cannot function without a mining lease to resume mining activity in the state of Goa.”

“Corporation is an eye wash to resume mining Activity in the state of Goa. Corporation is formed without application of mind as Government is not yet prepared to auction mining leases as not a single block of mining is identified yet. State Government has signed an agreement with MECL i.e. Mineral Exploration Corporation Limited, a private limited company who will be utilising central fund from NMET, National Mineral Exploration Trust Fund,” he said.

“ What was the need to sign an agreement with a private Agency when we have Geological Survey of India, a central government organisation who carry out exploration of minerals all over India?”

He said although the corporation will be beneficial to the State, it has to be introduced and passed with proper deliberation and a calm thought process. The process currently adopted by the Government looks like election engineering. “When there is a case pertaining to challenging of Goa mining concessions abolition to mining leases Act 1957 pending before 9 member bench of hon’ble supreme court of India and it will be improper if state government auction leases at this stage. Why don’t state Government pled before Supreme Court to expedite the matter first rather than doing useless efforts at state level?”

Previous article97 new infections, one died due to covid-19 in Goa on Friday
Next articleAAP the only party that can bring Bhausaheb Bandodkar’s vision in Goa: Mahadev Naik