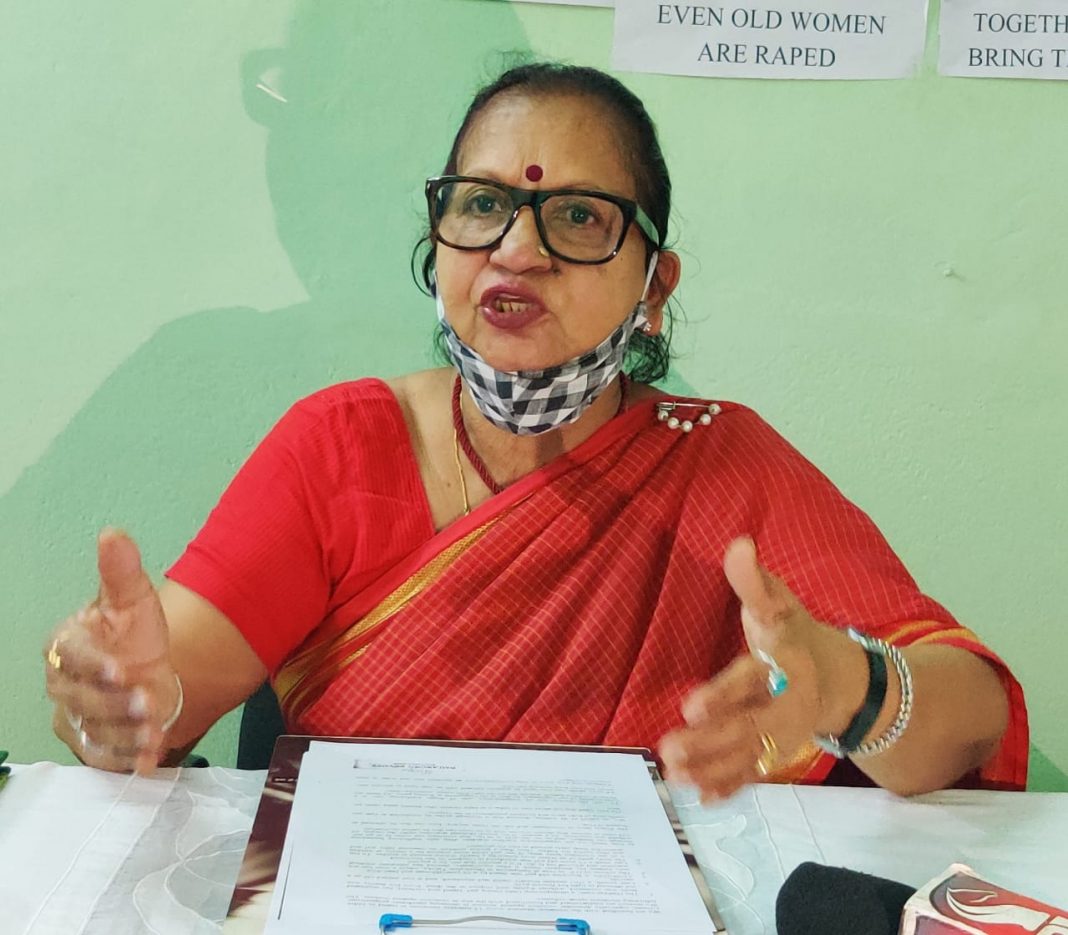 Panaji:  Condemning the recent series of crimes happening against women in Uttar Pradesh and Goa, state based NGO for women welfare Bailancho Ekvott said that they are embarrassed and humiliated by the recent rise in violence against women.
Addressing media persons, convenor of Bailancho Ekvott Auda Veigas said that it is a horrific situation in the country wherein somebody is in every 15 minutes.
Talking about the latest controversial rape incident that took place in Uttar Pradesh, Viegas also mentioned about a JNU student and a five-year-old who were also victim to this inhumane act.
She also highlighted the recent violence against women in Goa including that of the girl murder of a girl by her father and in a similar incident where a girl was murdered by her boyfriend.
Taking note of the above incidents, Viegas said, “In Goa we are experiencing fearless murders, drug sale, trafficking happening through our borders. Security lax in the border have let criminals come in and go out without any restrains.”
Demanding thorough probe to rule out trafficking of body parts, Viegas said that the police must investigate and stop such incidents happening within the state.
She went on to add that there should be strict curb on the use of weapons and arms, sale of drugs within the state as these are used as forms of violence against women.
“All entry points into Goa must be properly manned with an iron hand to restrict anti social elements entering the state through borders. Villagers must take the co-responsibility of maintaining law and order within their respective villages,” Viegas added.