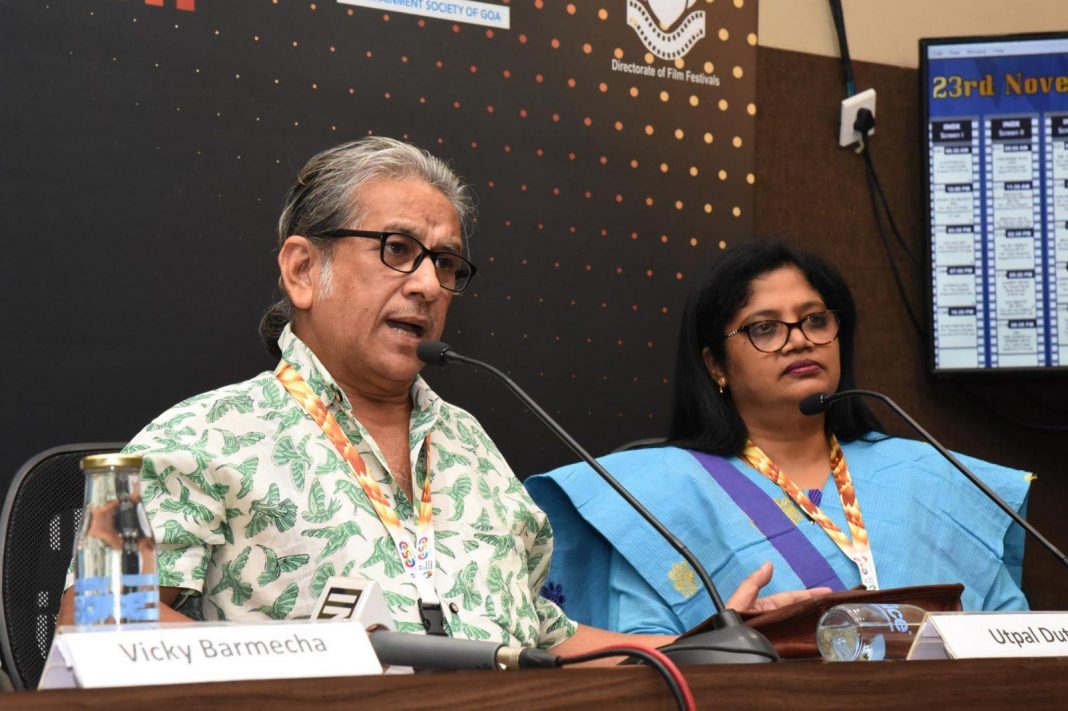 Sharing the theme of his short film, Shri Vicky Barmecha said that his film is following the journey of a teacher who despite his hard work and sincerity isn’t really appreciated. “ The teacher tries to do so much for the kids’ future and experiment in his teaching. But people  around him is trying to pull him down, “ he said.

Replying to questions, the Director said that the duration of a film depends on the story to tell, the budget and the producer.

Explaining the genesis of his movie, Shri Utpal Dutta said that his film is the picturisation of a poem written by Swapna Dutta. “ Usually, prose is used for making films. But I took a poem and the images associated with it and tried to change the narrative. All the images in the film speaks like a metaphor”, he elaborated.

Complementing upon her director, Swapna Dutta said that it was a tough job bringing out the visuals in her mind to a narration. “ As I am not related to film field, it was Utpal who brought out the images from me”, she added.

Directed by Vicky Barmecha the story tells about the life of a sincere teacher who  isn’t always appreciated by the students, colleagues, parents or school authorities.Karan the protagonist is a passionate and dedicated environmental science teacher for Class IV. Feeling more and more dejected Karan is on the verge of giving up teaching, but he gets reassurance and encouragement from those who that matters the most – his students.

Bohubritta captures the poetry of Swapna Dutta Deka, who also provides the voice over by reciting the poetry herself. The film brings to the screen in a vibrant, vivid manner Assam’s rich tradition and heritage of Tree and River worship. The symbolic nuggets and nuances of the poet’s words and conveys to the viewer without any loss of their inner meanings and symbolisms. Bohubritta is a unique experience with a deep understanding of cinematic idioms and craft, seen in each frame so meticulously pictured, blended and brought out.