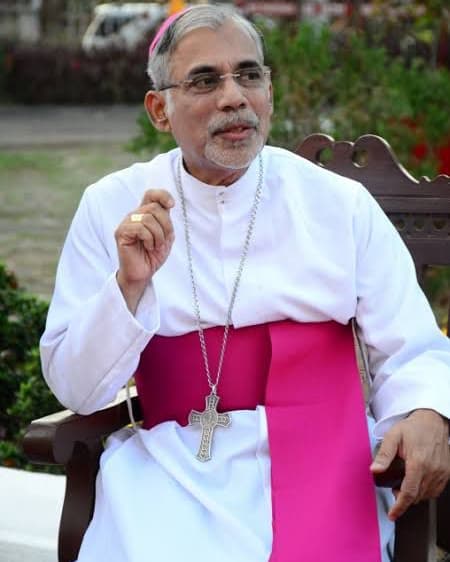 Panaji: Archbishop of Goa and Daman Rev Fr Filipe Neri Ferrao on Friday urged all the authorities to refrain from aiding the illegalities, which are detrimental to the heritage site of Old Goa.

The Archbishop was delivering the mass on the occasion of Feast of St Francis Xavier, the patron saint of Goa. State chief minister Pramod Sawant was amongst the dignitaries that attended the religious player.

Ferrao said that he would like to express solidarity of the Church in Goa with several “brothers and sisters of different faiths who have been demonstrating for many days now against some obnoxious activities in this heritage site.

The Archbishop was referring to the controversial bungalow at the heritage site against which the like-minded people including Aam Admi Party leader Amit Palekar has been protesting.

“I strongly appeal to all those in authority to refrain from any acts and decisions which are illegal and detrimental to the preservation of the religious and heritage sanctity of Old Goa,” he said during the mass.

The Archbishop said that anyundue or offensive interventions even by legitimate stakeholders in and around these monuments can have grave consequences and even attract the derecognition of their world heritage status. “This  would be a tremendous and severe loss to Goa,” Ferrao added.