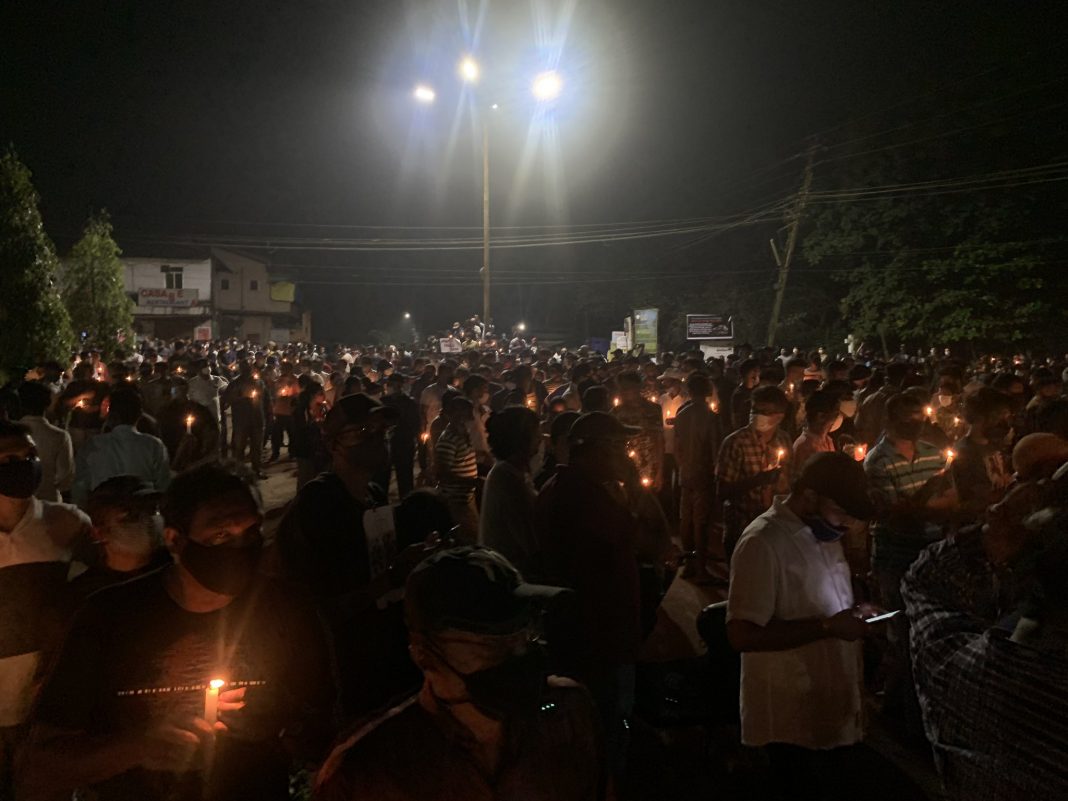 Panaji: Hundreds of protestors sat on the railway track at Chandor village in South Goa from mid-night till wee hours on Monday as a protest against double tracking of South Western Railway line, which they claimed is being taken up to facilitate transportation of coal from Goa to Karnataka. 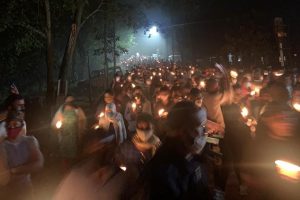 Around 10,000 people under the banner of “Goyant Kollso Naka” gathered at Chandor village, 50 kms away from here in South Goa, as a protest against the double tracking of the railway line by South Western Railway.

The representatives of various political parties including Congress, Goa Forward Party and Aam Aadmi Party (AAP) participated in the protest along with the activists, which started at 11 p.m. and continued till 5 a.m.

Leader of Opposition and Congress MLA Digambar Kamat told reporters during the protest that the agitation was planned at Chandor village because the South Western Railway had planned to take up work of double tracking in this stretch on Sunday night.

He said that the double tracking is done to help the coal handling companies carry their cargo from Mormugao Port Trust to their plants in neighbouring Karnataka. Kamat said that there is no need to double track the existing line as it is being used by only five passenger trains, while rest of its capacity is occupied by cargo, mostly coal, which is transported from the state.

The former chief minister alleged that the state government was planning to convert Goa into a coal hub.

The protestors who gathered outside a Church a Chandor village later walked peacefully to the tracks where they sat till 5 a.m. as a mark of protest.

“State government should sense the sentiments of the people looking at the crowd here. The government cannot work at the behest of few of the multinational companies,” said Abhijit Prabhudesai of Goyant Kollso Naka.

The activists are opposing the double tracking as it involves cutting of trees in Bhagwan Mahaveer Wildlife Sanctuary and the National Park on the border of the state.