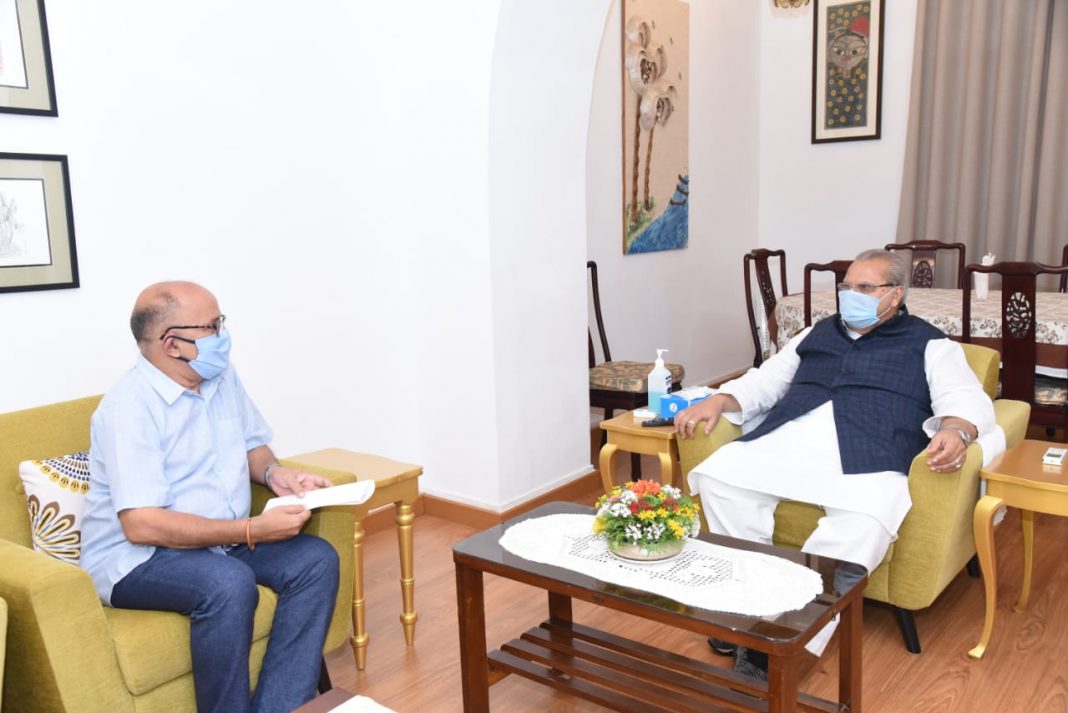 Adv. Aires Rodrigues today called on Goa Governor Satya Pal Malik at the Raj Bhavan and submitted a memorandum seeking his intervention to ensure the criminal prosecution of Goa Deputy Speaker Isidore Fernandes’s son Raymond Fernandes for having submitted a fake BA degree while applying for the post of Awal Karkun at the North Goa Collectorate.

Adv. Rodrigues has stated that after a very patient hearing, the Governor assured that he would take an appropriate decision in the matter.

Pointing out that the North Goa Collector by an order issued on 16th June has rightly rejected the candidature of Raymond Fernandes who was one of the 16 selected in January this year for the post of Awal Karkun, Adv. Rodrigues has in his memorandum stated that it was however shocking that the authorities had not yet initiated criminal proceedings against Raymond Fernandes for having submitted that false and fabricated BA degree.

Stating that the BA degree from Lucknow based Bhartiya Shiksha Parishad was submitted by Raymond Fernandes knowing very well that it was forged and fabricated, Adv. Rodrigues has further pointed out pointed out that in terms of Section 471 of the Indian Penal Code it is a cognizable offence for whoever fraudulently or dishonestly uses as genuine any document which he knows is a forged document.

Further alleging that this whole conspiracy of submitting that fake degree by Raymond Fernandes could not have been done without the active collusion with his father and politically well connected Deputy Speaker Isidore Fernandes, Adv. Rodrigues has submitted to the Governor that only a police investigation would reveal the modus operandi adopted by Raymond Fernandes to procure that fake BA degree and the agents if any who were involved.

Adv. Rodrigues has stated that stringent action in this matter would send a strong and deterrent message to those job seekers venturing to hoodwink the authorities by submitting forged and fabricated educational documents.

Governor Malik has been also urged to direct all heads of departments to have a very robust mechanism in place to check the authenticity of educational and other certificates submitted by candidates aspiring for government jobs.