AGPBOA to gherao Director of Transport on Monday over Bus issue 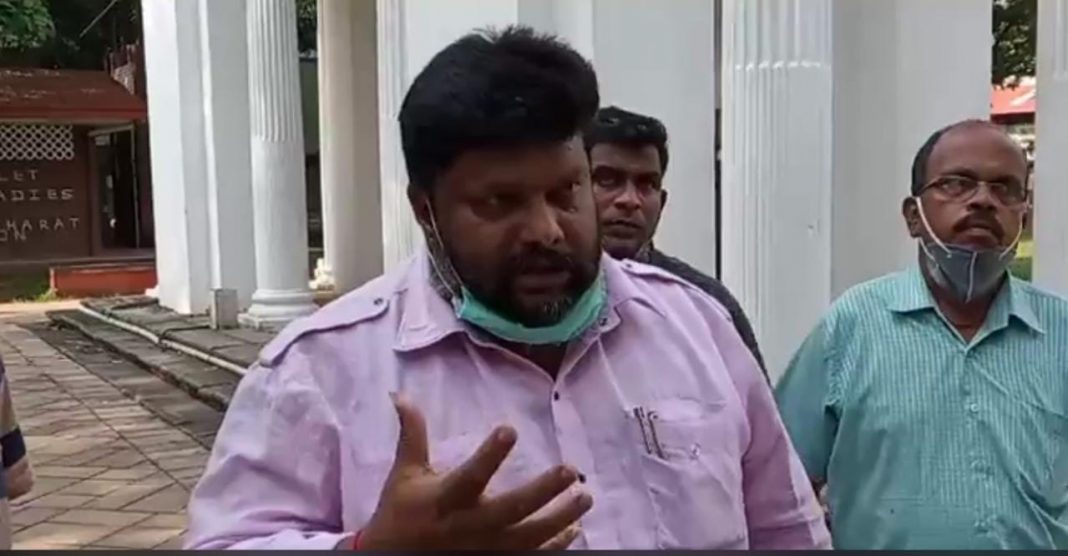 Panaji :The All Goa Private Bus Owners Association(AGPBOA) held a press meeting today speaking about issues faced by the private bus owners. Sudip Tamhankar the General Secretary of AGPBOA asserted that with no option left they will gherao the Director of Transport on monday to find relief to their issues.

The association alleged that the government is Discriminating between Kadamba and private bus owners and that private bus owners should get the same facilities of Kadamba transport corp ltd. They also contended that Pending subsidies should be released immediately.

Sudip Tamhankar reckoned that 15 years scrap policy by Central Government is arbitrary as this will put unwanted financial pressure on bus owners”We will meet Shripad Naik, north Goa MP and through him try to meet Nitin Gadkari the minister for Road Transport and Highways who will hopefully redress our issues”. He concluded saying the price of Diesel should be reduced as well as, fuel subsidy amount is pending should be released and insurance policy which is pending since 2017 should also be released.

Previous articleUndertrial prisoners who had escaped were found in the jail premises itself!
Next article02 baglifters arrested by Pernem Police