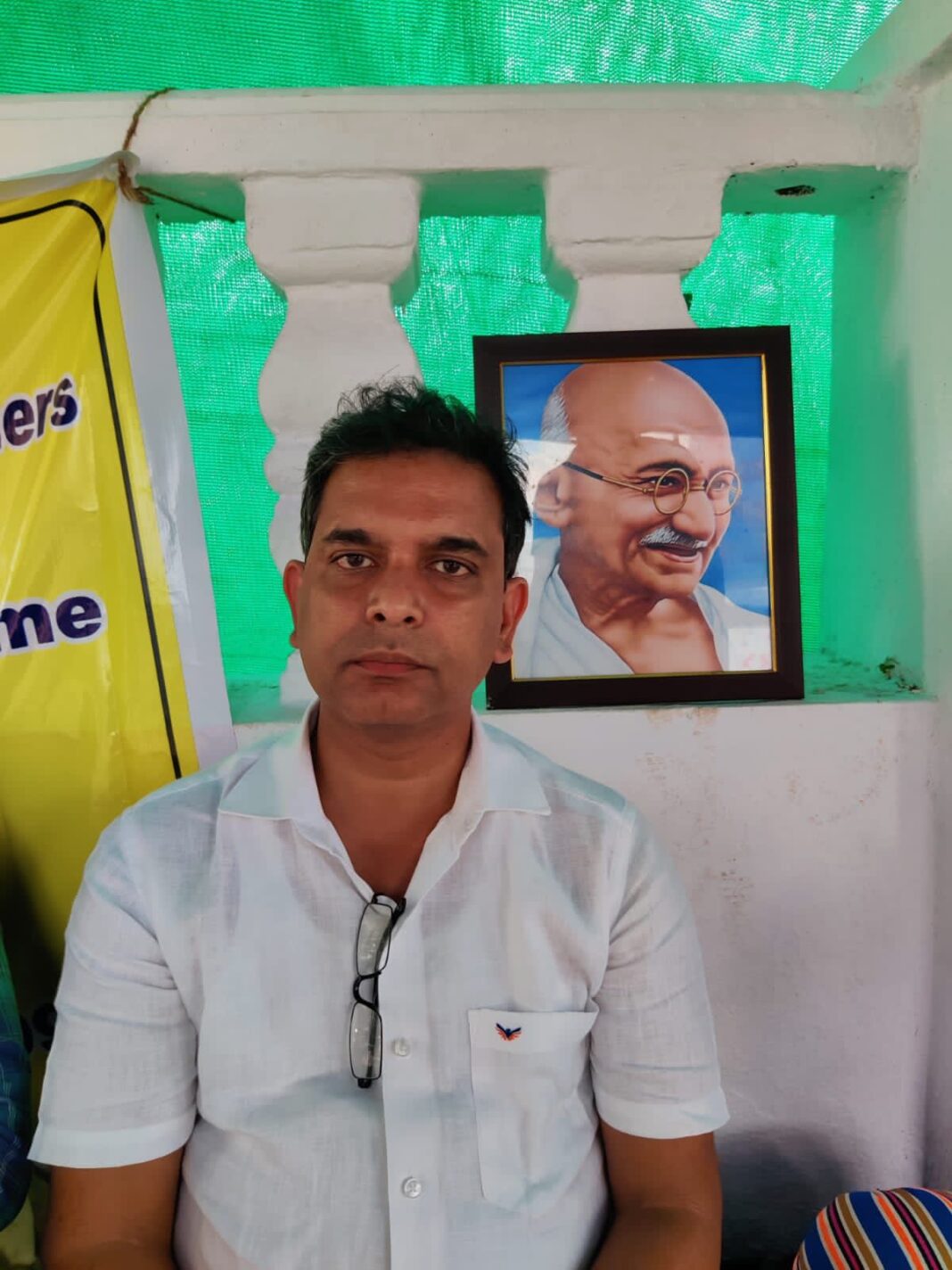 While addressing the media on Monday he said, “To preserve the Goenkarpon, I have taken the decision to start fast unto death. It will continue until the government will not take concrete procedure to revoke all the permissions given to build the illegal structure’’.

“CRZ and Archaeological survey documents describe the land where the illegal structure has been built as an orchard property. I also asked my team to persue this matter legally”, Palekar added.

“Starting indefinite hunger strike is not a politically motivated decision. I want to preserve the beauty of Goa and want to save for the future generation. The politicians who are accusing that this strike is politically motivated, but this is not. If it was political, the people who are sitting near the church would not have allowed me”, said Palekar.

“There was a requirement of permission from the Panchayat and TCP to build the bungalow. But, what were the officials doing when they conducted an inspection? This implies all the concerned officials were involved in granting a permit to an illegal structure”, he opined.

He said, “Old Goa has been declared a World Heritage Site by UNESCO. It is also recognised by the Archaeological Survey of India. The church in Old Goa is an architectural masterpiece and attracts a large number of tourists. The illegal construction is nearing completion. If such types of constructions are encouraged then it will set a precedent to continue illegalities”.

“The construction of a bungalow has been undertaken by a fashion designer who is a BJP functionary in Mumbai. Agitated over the state government’s inaction against the construction of a bungalow in the heritage precinct of Old Goa, the citizens from all parts of Goa and from all ages are currently on hunger strike. Even I have also decided to do fast unto death, so that our voice be heard”, he added.

Previous articleCongress announces marathon for Goa
Next articleOmicron: Goa govt calls for meeting on Tuesday to discuss the situation