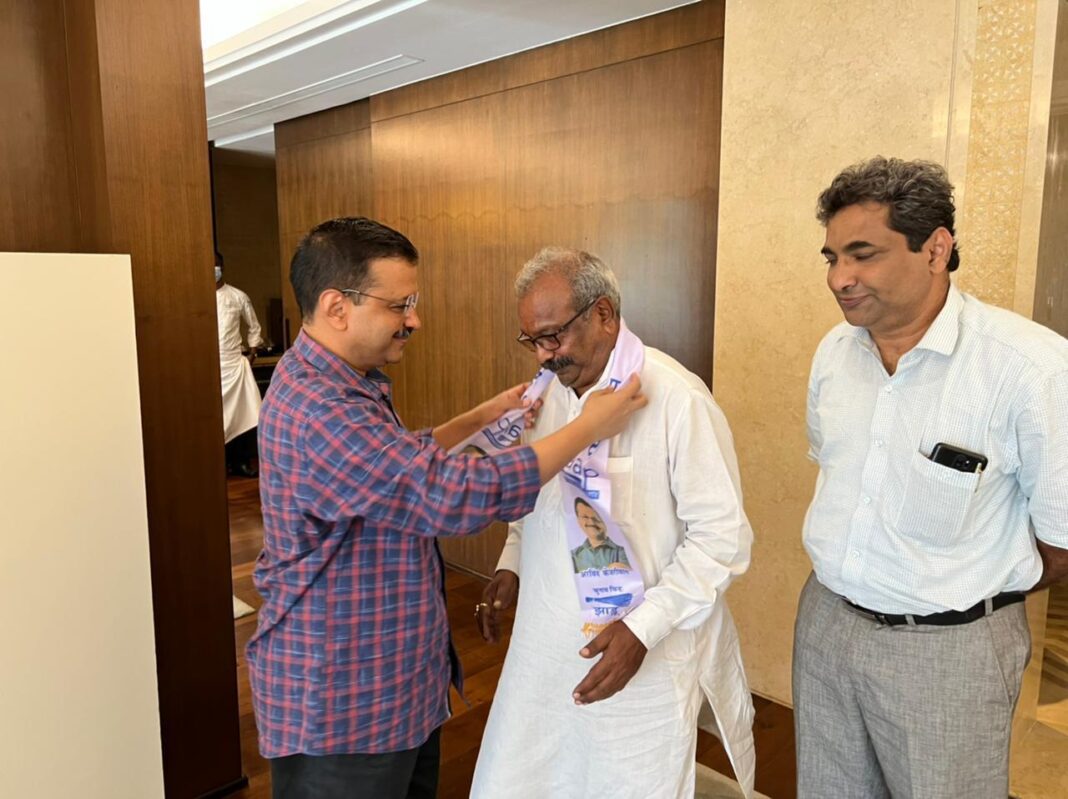 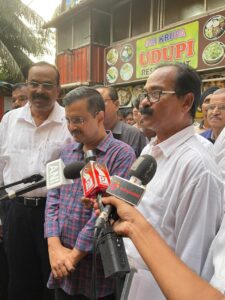 In the 106-year-long history of Gomantak Bhandari Samaj, an influential community in the coastal state, Kejriwal because the first chief minister to visit their office. 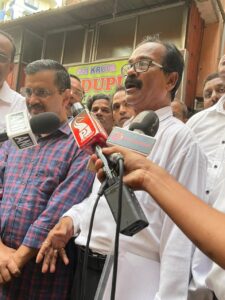 Samaj chief Ashok Naik, who along with the other office bearers met Kejriwal at their office, said that it was a historic moment for the community.

“60 per cent of the Bhandari community which is spread across Goa want Delhi kind of development in Goa,” he said, refusing to divulge details of the meeting with Kejriwal. 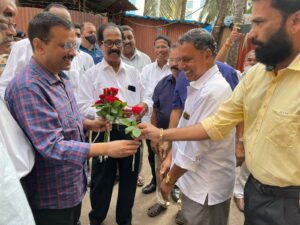 He said that it was initial meeting and they would be meeting Kejriwal again with their demands.

Talking to reporters, Kejriwal said that he had come to meet them as their small brother and not in the capacity as Delhi CM or AAP leader.

He said that all the communities should work together for the development of the state.

I VISIT TEMPLE BECAUSE I AM HINDU: KEJRIWAL

Kejriwal on Sunday said that he visits temple because he is Hindu and no one should have objection over it.

The AAP National Convener arrived on two day long visit to the coastal state on Sunday.

Responding to a question over the allegations of indulging in soft-Hindutva, Kejriwal said that no one should have objection to he going to the temple as he is a Hindu.

“What is their objection? Why there should be any objection?,” the Delhi chief minister questioned.

“I am going to temple because I am Hindu. My wife visits Gaurishankar temple,” he said.

When asked about statement of Goa chief minister Pramod Sawant that AAP was copying their schemes like sponsoring the pilgrimages, Kejriwal responded that it was former who was copying him.

After his arrival, he also officially inducted Labour Union leader Puti Gaonkar in the party. Gaonkar has been on the forefront of mining agitations in the state.

Previous articleLike-minded organizations take up cleanliness drive at Chandor-Cavorim
Next article31 New infections,  one died  due to covid-19 in Goa on Sunday