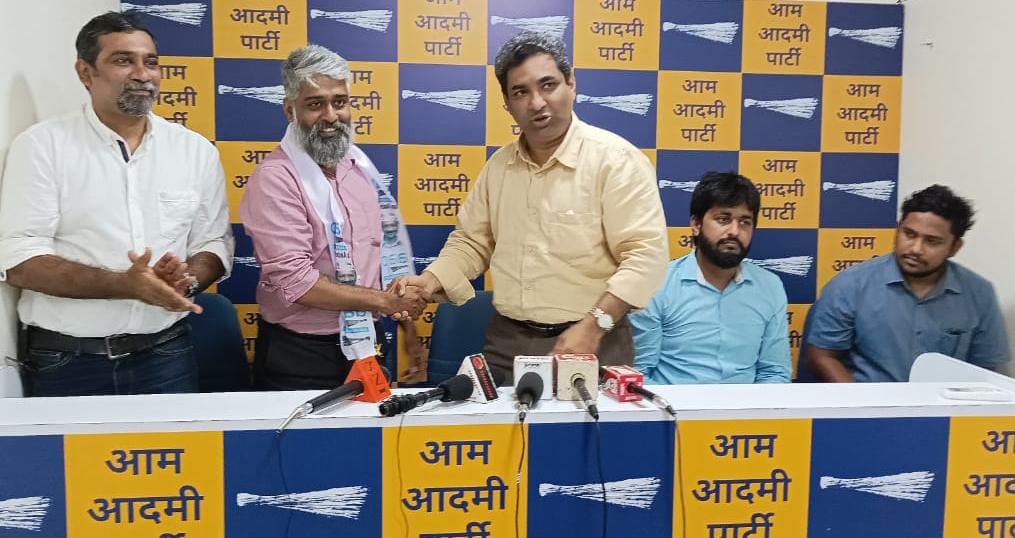 To make Goan youth career ready, party also launched it’s Entrepreneurship cell, under the leadership of Suraj Palekar, which will work to equip youth with world-class skill education to enable access to aspirational jobs and inculcate entrepreneurial mindset and entrepreneurship.

Suraj Palekar, is an entrepreneur working on tech platforms that support business growth. Rohan Mayekar, is a commercial photographer who conducts courses on skill development.Yuri Rebeiro, is one of veteran DJ in Goa and runs event management business. Sukendu runs a travel company, which is specialised into wildlife trekking.

While welcoming four new members to the party Rahul Mhambre, AAP convener said, “after seeing these entrepreneurs joining the party, other entrepreneurs will also be inspired to join the AAP. Apart from BJP and Congress there was no alternative for so many years. Although, today the scenario is changed and Goan youth see AAP as an alternative. The Entrepreneurship cell, will help Goan youth to start their own enterprise”.
Suraj Palekar, head of the Entrepreneurship cell said, “I had never thought of joining a political party but AAP’s vision for Goa motivated me to join the party. AAP is planning to set up a Skill and Entrepreneurship University in Goa and this will change the status of employment.

Euri Rebeiro, an Entrepreneurship cell member said, “I’ve been an Entrepreneur since a long time in Goa. My feelings and my way of thinking align with AAP’s thinking. Hence, I decided to join the party.

AAP has become famous as the pioneers of the Entreprenuership curriculum in Kejriwal Govt Schools. The Kejriwal Government has started the Entrepreneurship Mindset Curriculum (EMC) in the Delhi Government schools. Through this, the main aim of the Kejriwal Government is to help the students become job providers and not job seekers. Students can now start their businesses after the completion of their studies.The Arvind Kejriwal government also recently rolled out the ‘Business Blasters’ project under which seed money will be given to students of classes 9 to 12 and they, in turn, have to invest it for running small businesses