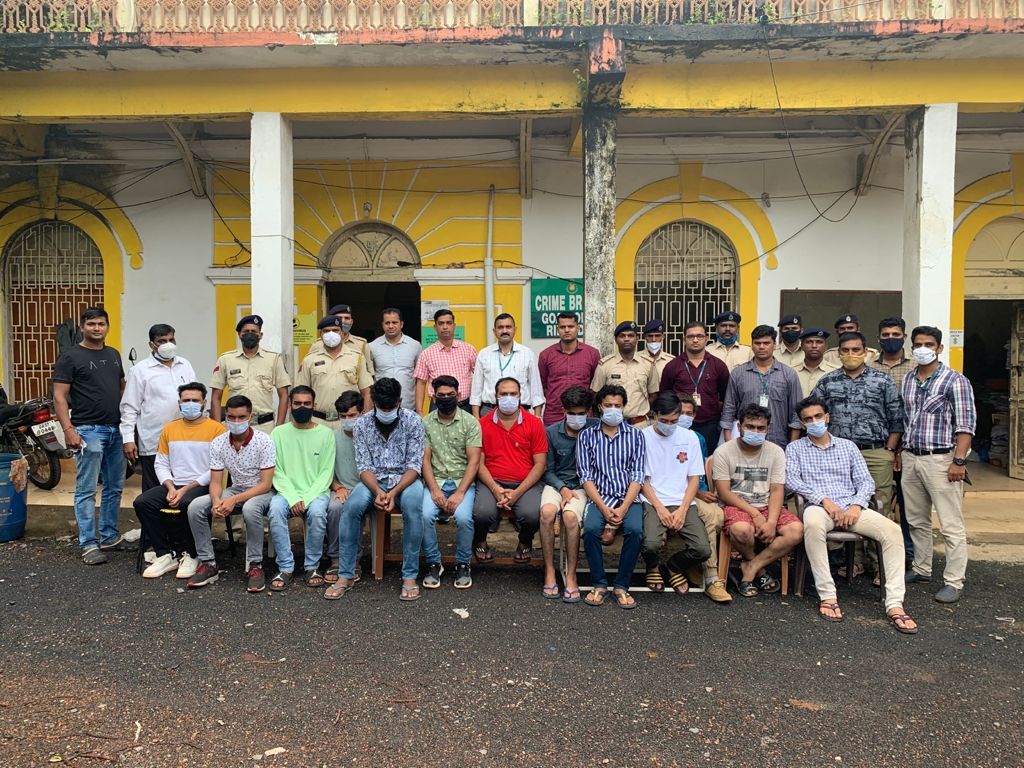 Police spokesman said that the main accused Digvijay Rajput and Krunal Sharma with their common intention set up  a fake call centre at Morjim and employed people and procured personal detail of citizen of United State through illegal means and by using computers and virtual private network contacted their victims through interactive voice response system by impersonating as officers of social security administration and law enforcement authority of the US.

He said that the accused used to convince the victims that they have done illegal acts like frauds, defaulters for paying tax and used to ask money to settle the illegal acts. “The gang was accepting payment through electronic currency and withdraw them in Indian currency,” the spokesman said.

He said that the complaint has been lodged against the accused on behalf of the state while further investigation is going on.