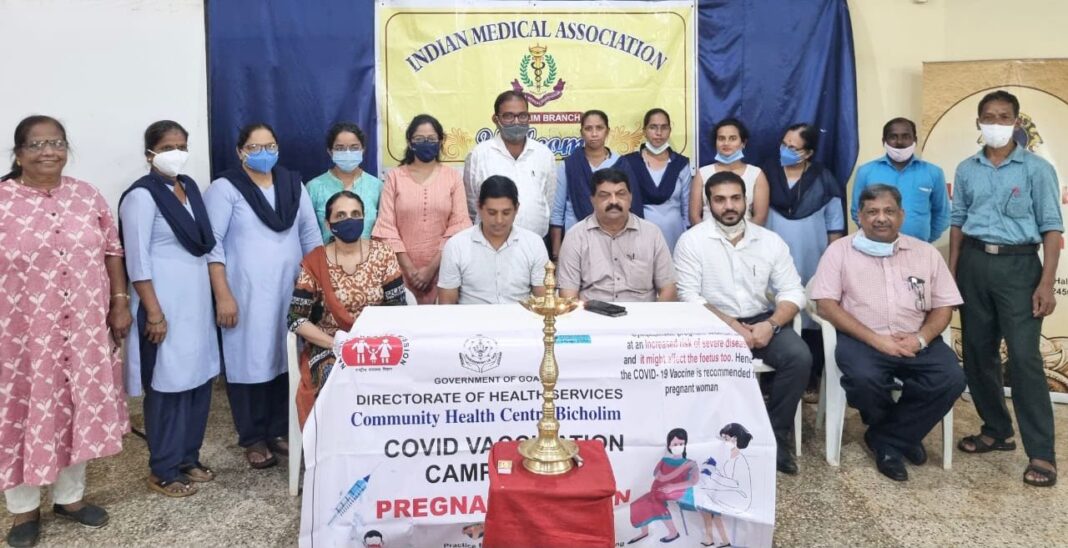 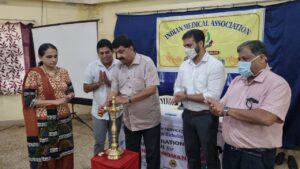 Dr Medha Salkar welcomed the gathering and stressed that each one of the stakeholders should behave in a responsible way to prevent dengue and its spread. She also congratulated all for making Bicholim a malaria free now town after it had 11 cases initially. Ms Chandroji gave a lucid presentation on precautions to be taken to prevent dengue and it’s spread.

Chairperson Shri Falari and chief officer extended their full support to control of the spread of dengue in Bicholim. Shri Patnekar stressed on the need to be a responsible citizens and applauded the efforts of CHC Bicholim and IMA Bicholim under the leadership of Dr Medha Salkar. He even distributed umbrellas to the field staff of CHC Bicholim as recognition of their hard work.
Dr Shekhar was the host of the function and proposed the vote of thanks.