ZP is not the end, BJP won it by strategizing, splitting opposition votes by match fixing: Khaunte 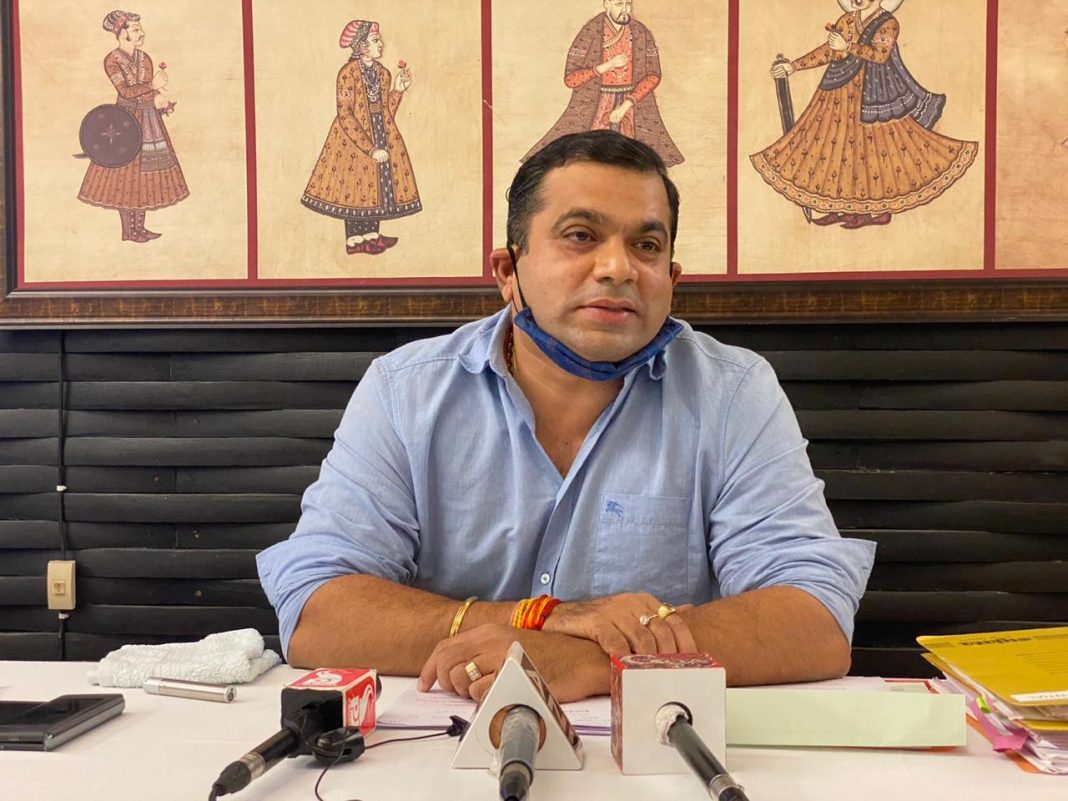 Porvorim: In the first ever reaction after Zilla Panchayat poll results, Porvorim MLA Rohan Khaunte on Monday alleged that BJP won the election by strategizing and splitting votes of the opposition.
“ZP is not the end. We have a voice and we will keep going. This election was not about mandate of projects. This election was strategized election where BJP did not give opposition time , managed to do match fixing with certain people in the opposition to put candidates and split votes,” he commented.
“30 per cent votes of BJP has won them the Z P Polls in the Goa,” he pointed out.
“We should give credit to BJP for success to their strategies. You take a opinion poll and you will realise what the people of Goa have in their mind,” Khaunte commented.
“Equally responsibile are the people who did not vote on that day. Those who have not voted have no right to talk. They are the same people who could have voted against this government,” he said.
Referring to the Liberation Day’s illegal detention of youth, Khaunte said “this government has no sentiments, the way they dragged the students and youth and detained them during Goa Liberation Day.”
“I have totally condemned this. The youth have right to voice their opinion to protect Goa for their generation,” he said.
Khaunte said when youth were detained, they were not even knowing where they were taken.
The MLA also pointed out that youth force is divided, unlike in the past where Students’ Unions used to take the issue to logical end.

We need to have it in more organised manner and make sure that the government is answerable to the bad things that they are doing, they are spoiling future generation for few selfish interest of theirs, he said.
“My support is always with them. I have always been there when it comes to issues of our State. I have realized that the assembly becomes a bigger forum for us to talk on these issues and make government answerable,” he said.
“They have asked for five or seven days session, the time is not enough to discuss the wide range of issues. Out of five days, three days I feel would be spent by the Ruling Govt. only on congratulating the Govt. on winning Zilla panchayat election,” he commented.

Share
Facebook
Twitter
WhatsApp
Linkedin
ReddIt
Email
Print
Telegram
Previous article‘No flights from the UK landed in Goa in past two days’
Next articleDeclare all those as deemed tenant, whose cases are pending for over three years before mamlatdar: Khaunte