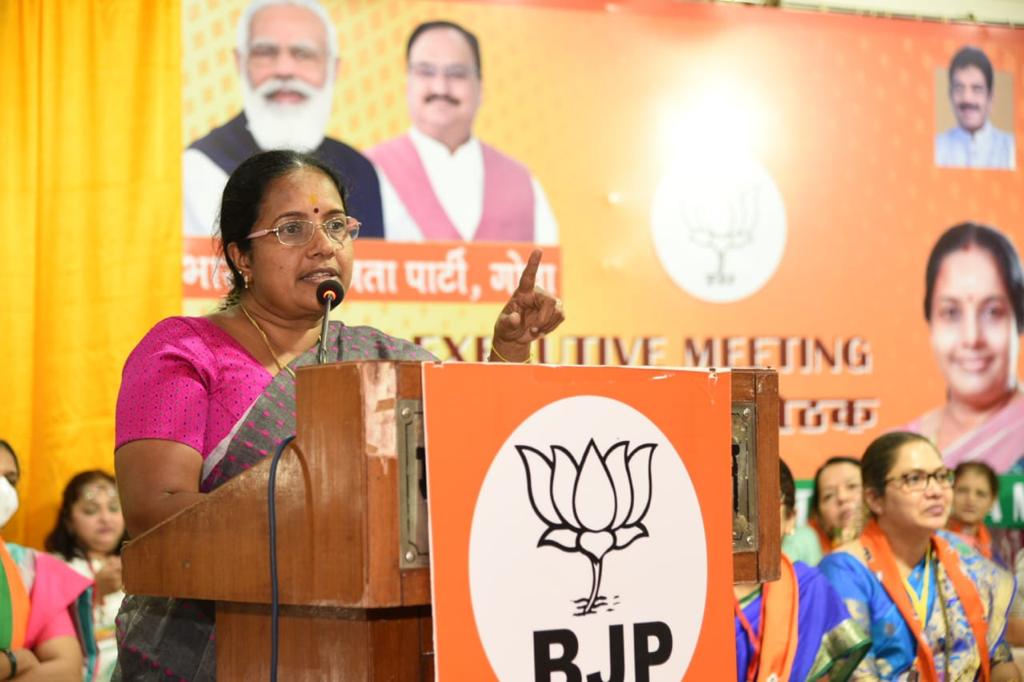 Panaji: BJP Mahila Morcha National President Vanathi Srinivasan on Sunday said that women are the biggest beneficiaries of the schemes launched under the leadership of Prime Minister Narendra Modi.

She said that the  BJP is the only national party that has vigorously worked towards women empowerment.

Srinivasan said that under the leadership of Prime Minister Narendra Modi, women are the biggest beneficiaries of many schemes launched by his government.

“Whenever our Prime Minister contemplates launching a new initiative, he thinks about women empowerment. Under his government, we have 11 women ministers in the Central cabinet. Our daughters are winning medals for this country,” she added.

The national party provides 33 percent reservation to women. She further emphasized that irrespective of the gender, the party rewards honest and hard working cadres.

“We speak about 33 percent reservation to women but when we work strongly and contribute largely to the party, this 33 percent is not just limited to this point. Party won’t see if it’s a man or a woman candidate. Ultimately, the party looks for a winnable candidate, ” Srinivasan said as she emphasized on various schemes females across all age groups.

She also emphasized that women candidates have been recognised and rewarded accordingly where she has carved a niche for herself and the party.