Will exodus of migrant be hindrance to Goa’s Economic revival? 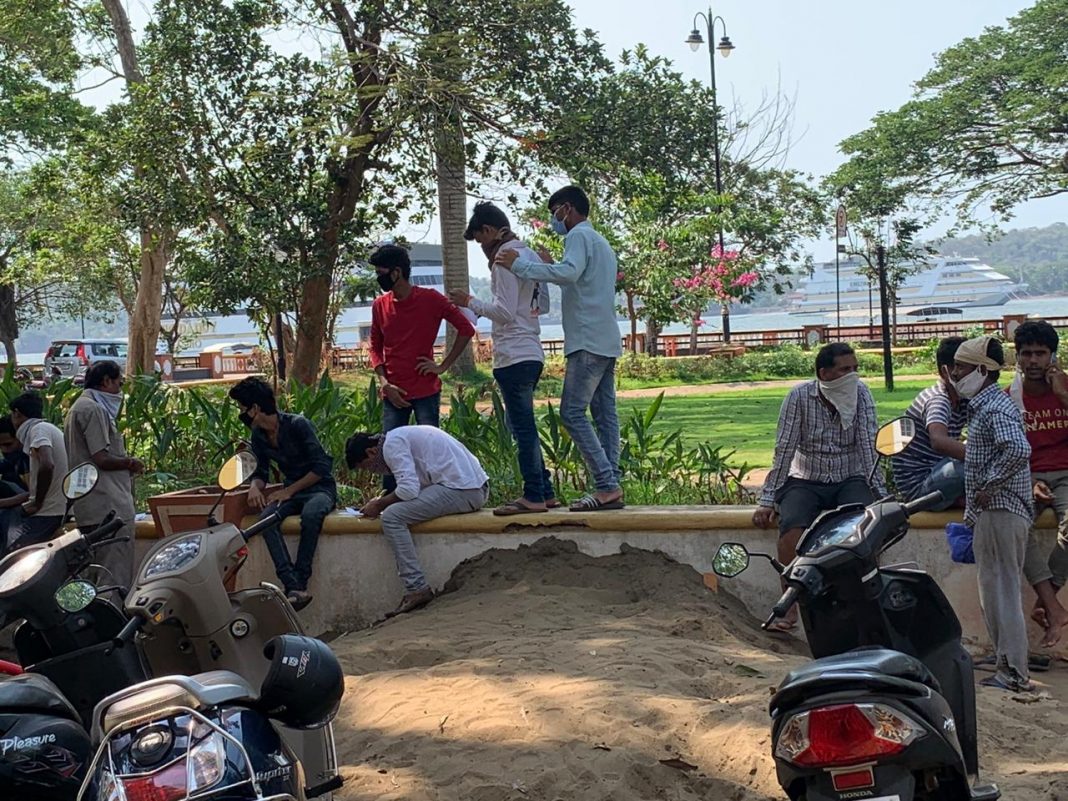 Panaji: The long queues up of migrants to move out of the state may cause a major hindrance for state government’s proposed economic revival plans.

The government has estimated that nearly 80,000 migrants have applied to go back to their native and the number is increasing every passing day.

Chief Minister Pramod Sawant on Monday said that the labourers should stay back, as there are abundant employment opportunities available in the coastal state.

As a part of Union Ministry of Home Affairs (MHA) guidelines, State government has set up counters at both the District Collectorates, all the municipalities and gram panchayat offices in the state where the labourers can register themselves to go back to their native.

Long queues of the migrant workers are seen outside these centres. While on Sunday, 70,000 workers had registered themselves, the number increased to 80,000 by Monday, as per state government’s statistics.

“Goa will require manpower. I appeal them not to go back to their states. They can stay back here as Goa is safe from COVID-19 infection,” Sawant told reporters during a press conference on Monday.

After Union government’s decision to tag Goa as
“Green Zone” for COVID-19 infection, Sawant-led government has already set in motion the process of economic revival. Majority of the economic activities have resumed  with norms like social distancing, compulsory wearing of masks and reduced workforce.

State’s opposition party, Congress said that exodus of workforce will have an impact on economic revival, but this is an unavoidable situation.

Goa Pradesh Congress Committee (GPCC) President Girish Chodankar said that the labourers are desperate to go back to their villages. “They (labourers) don’t want to stay back,” he said.

He conceded that such an exodus will have impact on the labour intensive industry like construction, fishing, industrial units and others.

“This is a right time for the government to map, how much labour force we really require in the state,” Chodankar said.

Labour Union leader Puti Gaonkar said the current anticipated exodus can be opening of employment opportunities for the locals.

“There are enough youth in Goa who can work on different jobs. I don’t think there would be much impact if the migrant labourers leave the state,” he said.

Gaonkar said that several industries were employing people without respecting the minimum wages rule. “The industries will, now, have to hire the people by paying proper salaries,” he added.