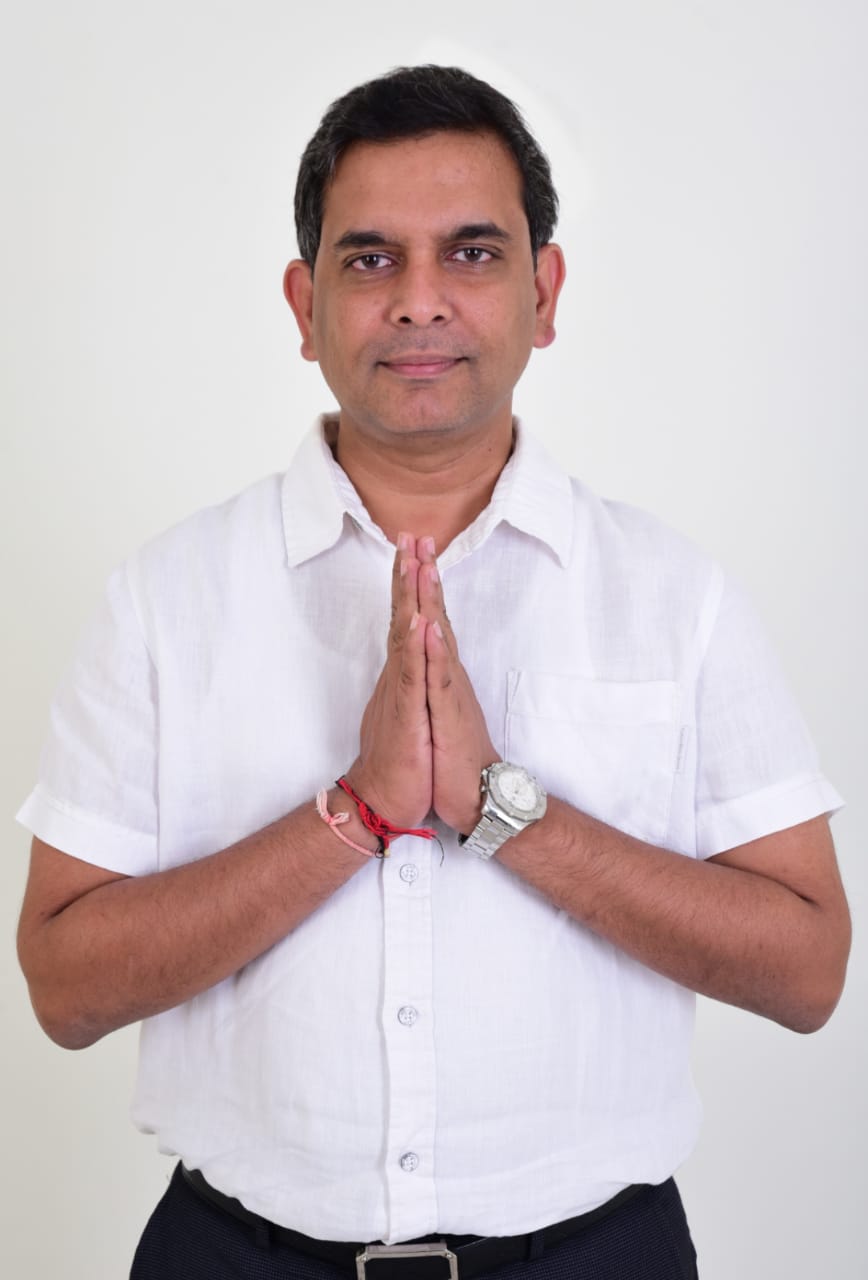 Advocate Amit Palekar who has taken the current BJP-led government by storm by uncovering numerous scams frauds, and blatant illegalities, is a commoner like everyone else. The government’s misdeeds made him leave his comfortable life behind, and he took to the streets in order to preserve Goa for future generations. In a time when everyone believes nothing can be achieved by the common man, Palekar believes when the common man rises, Goa wins. Palekar has overcome a lot of odds and fought a lot of battles to reach this point. Amit Palekar from Bhandari Samaj is the new hope for the Goan people.

Bhandari Samaj which accounts 35 per cent of the population is the largest community in Goa. However, the community has never got its rightful place in Goa’s politics. Goa was liberated 60 years ago (from the Portuguese). During this time, there have been chief ministers from various communities — Brahmin, Marathi Gomantak Samaj, Catholic. But, from the Bhandari Samaj, there was only one chief minister — Ravi Naik for two-and-a-half years. There has been no development of the Bhandari community as all political parties used the community only as a vote bank. Palekar from the Bhandari Samaj will therefore lead the state in a new direction.

*WHO IS AMIT PALEKAR*

Amit Palekar grew up in Merces in a middle-class family. His father taught at Merces English School, later joined Holy Family High School in Porvorim, and his mother ran a grocery shop in Merces. As a middle-class family, Palekar’s parents struggled to raise three kids, but they made the best of the resources they had to provide quality education to their children. Today Palekar and his two siblings have been able to achieve their dreams.

Palekar has a bachelor’s degree in Zoology and aspired to do an MBA. He had taken entrance exams and was selected at Delhi and Bangalore colleges at that time. However, the higher tuition fees prevented him from enrolling there. As his father always dreamt that he should become a lawyer, Palekar chose the legal field. He obtained his master’s degree in Constitutional law and Intellectual property rights from Goa University. During his time at Goa University, Palekar began working as a sub-editor for Gomantak newspaper  to cover his expenses. When he started practicing law in 1998 under a senior lawyer, he realized that lawyers don’t earn much at the beginning of their career, so he decided to apply for government jobs.

Palekar was brilliant, sincere, and dedicated to his career that led him to qualify for the GPSC examination in 2002. Despite securing a position on the merit list, he was unable to join the service because he refused to pay a bribe to the officers. He tried his luck yet again, and that time too he failed. During his third attempt at government exams applying for a mamlatdar post, something similar happened. In the aftermath of his father’s death from cancer in 2007, Palekar’s life took a 180-degree turn. He realized he ought to practice law instead of running behind government jobs. He has never looked back since then.

He has seen his mother working for the development of Merces and the empowerment of women ever since he was a child. His mother is a two-term Sarpanch of Merces village panchayat and has actively involved in politics for the past 30 years. He was inspired by his parents and grandfather who worked for the society in various capacities. This prompted him to join the Rotary club of Panaji Riviera in 2007 and went on to became its president. With the assistance of Rotary club of Panaji Riviera members he has been working for the society in various capacities.

During the first wave of COVID, the government imposed a sudden lockdown that left many families without food. Palekar, with the assistance of the Rotary Club of Panaji Riviera, provided families with dry rations that were adequate to last them for 15 days. A few days before the second wave, Palekar and his wife decided to help with a vaccination drive in GMC. During this period, covid cases were increasing since the government was not enforcing lockdown. COVID crisis in the state Covid Service Goa prompted a group of lawyers to assist the government. It was Palekar who brought the Oxygen Fiasco before the HC, explaining the growing death toll of COVID patients in the state, and it was finally resolved with the help of the HC. He, along with the Rotary Club of Panaji Riveira, arranged for 185 beds in the newly built Super Specialty Block before the government. Additionally, they took care of medicines, ventilators, oxygen concentrators, oxygen cylinder regulators with flowmeters, etc. In essence, the entire process of providing comprehensive healthcare was streamlined.

Even though his mother was actively involved in politics, Palekar who was happy to serve society, didn’t consider joining politics. However, after Pandemic many approached him to join politics. This was the moment he decided to join AAP  to make a difference in the state.

During the time of selfishness and the rift between various religious groups, Amit Palekar risked his life to save the Old Goa heritage site. His five-day hunger strike to protect the construction of an illegal structure at the Old Goa heritage site, reflects the perfect example of religious harmony in the state of Goa at large. A hunger strike was not easy for Palekar. His health started to deteriorate on day three of the protest, and he was advised by his doctor to end it. He didn’t follow doctor’s advice and continued his hunger strike. At last, the government had no choice but to issue a revocation order to the owner of the illegal structure.

Having missed out on a government job because of corrupt government in back then, Palekar voiced his concern when the current government allocated jobs to particular constituencies. Palekar exposed the job scams in the health and PWD sectors which forced the government to halt the recruitment process. In addition to supporting Anganwadi workers, he also advocated for GMC vendors’ rights.

Palekar says when the common man rises, Goa wins, as demonstrated several times by both himself and his Guru AAP national convener and Delhi CM Arvind Kejriwal coming out on the streets to protest when things went wrong. The Goans are tired of the old and tested faces foisted forth by the old political parties. Goa needs a fresh face who is compassionate, who will bring everyone together and is a young blood who has something new to say. Palekar, who comes from a middle class family, fits the bill, which is why he has been chosen as the AAP’s CM face.