We Ponjekar formally gets into the fray for CCP poll 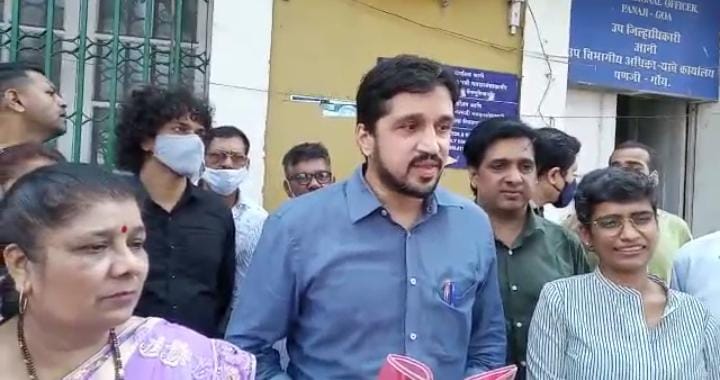 Panaji: A day after Babush Monserratte-led panel filed their nominations for Corporation of City of Panaji (CCP) election, Surendra Furtado-led “We Ponjekar” too staked the claim.

Furtado, who is the convener of the panel, filed nomination from ward number 6.

The former Mayor has been apparently supported by Congress and AAP.

‘We Ponjekars’ would contest on all 30 wards Furtado informed. Goa Congress leader Dharma Chodankar was also seen extending his support to Furtado as he had gone to file nominations.

Rumour has it that supporters of Siddharth Kuncaliencar who are irked by Babush Monseratte’s panel are supporting Surendra Furtado. Furtado contended that along with Congress he has also got the support of AAP, “I am a Congressman but this elections are politically neutral for us since we have got candidates from both the parties” he added.