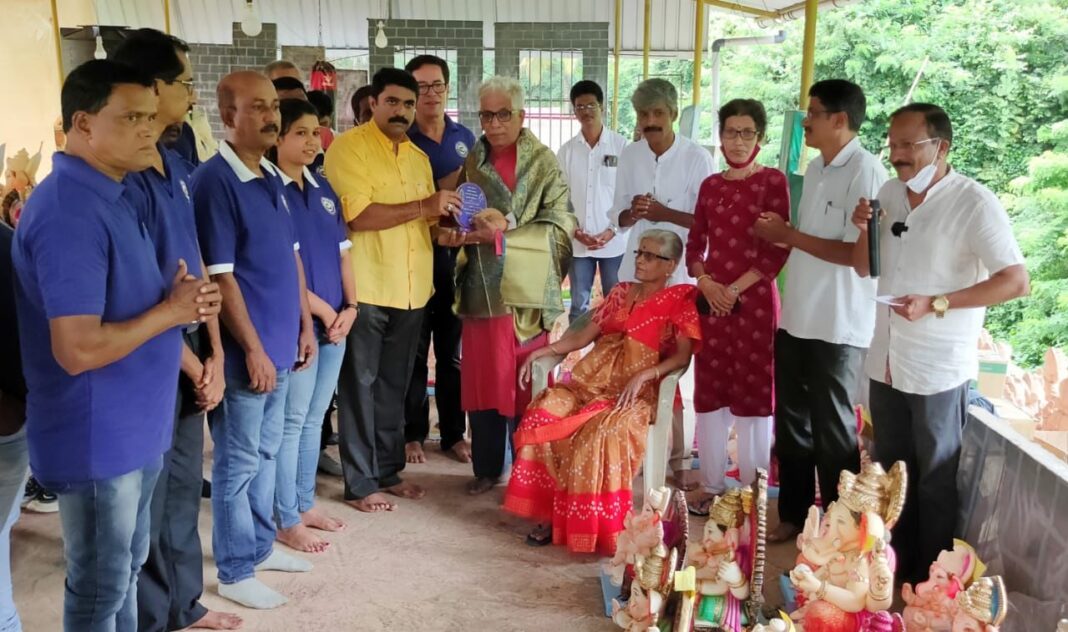 Margao: The Goa Forward President and Fatorda MLA Vijai Sardesai on Sunday said that traditional Ganesh murti artists should get all the basic infrastructure needed to take this tradition forward and hence his party will provide it to ‘Future Ready’ Fatorda.

“These murti artists are preserving the heritage of Goa. Hence, we decided to take cognisance of their good work and felicitate them, who are protecting our tradition.” Sardesai said.

Sardesai said that Ganesh Chaturthi is the biggest and most important festival of Goa. “During Ganesh we Goans come together in our ancestral houses and we celebrate it with great fervour. It is not only worshipping Ganapati, but taking forward our tradition and spirituality. Chavath, indeed, has become the identity of Goa.” He said.

He said that Ganesh murti artists give shape to clay, which is found in Goa, and make the idols, which is also commendable work and art. “It is not an easy job, but it needs concentration and hard work to make these idols with colourful finishing. “This is why we need to give them better infrastructure and facilities, so that this tradition can be preserved by passing to the next generation.” He said.

“They should have got the infrastructure earlier, but better late than never, we will start now.” He said.

Senior murti artist Tulshidas Naik praised the work of GFP President and Fatorda MLA Vijai Sardesai and said that with blessings of ganesh devotees, he is able to carve the ganesh idols over many decades. “I felt very good to notice that Vijai Sardesai took cognisance of our contribution and felicitated us.” He said.

Social Worker Pramod Naik, while praising Vijai Sardesai, said that the latter never discriminated against anyone while working as MLA of Fatorda.

The Councillors of Margao Municipal Chairperson along with Fatorda Forward Councilors, GFP General Secretary(Org) Durgadas Kamat and others were present on the occasion.