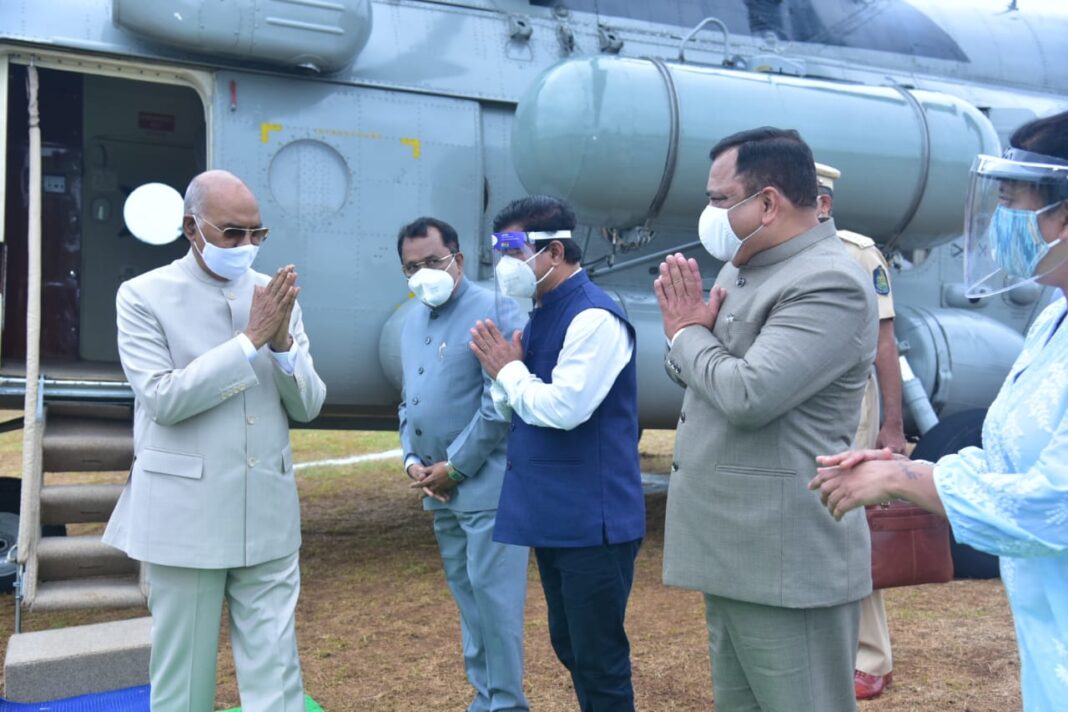 Panaji: President of India Ram Nath Kovind on Sunday arrived on a three day visit to Goa, during which he will be participating in a function organised by Indian Navy in the coastal state.

Kovind was welcomed by Goa’s Deputy Chief Minister Chandrakant Kavlekar and State Protocol Minister Mauvin Godinho after he flew to the Bambolim helipad this afternoon, after landing at Dabolim Airport, which is a part of INS Hansa base.

INS Hansa is the host for the prestigious event of presentation of President’s Colour to naval aviation by the President of India on September 06, 2021.

“The event coincides with the diamond jubilee of INS Hansa and the liberation of Goa,” Indian Naval spokesman said in a media release here.

The Naval Jet Flight set up at Coimbatore in 1958 with Sea Hawk, Alize and Vampire aircraft, was later commissioned as INS Hansa on 05 September 1961.  After the liberation of Goa, Dabolim airfield was taken over by the Navy in Apr 1962 and INS Hansa shifted to Dabolim in June 1964.

The spokesman said “Commissioned as a modest air station with only a few aircraft, INS Hansa has increased its prowess over the last six decades and is presently operating over 40 military aircraft, clocking an average yearly flying of over 5000 hours.

“The air station also supports civil aviation by handling domestic and international flights 24×7, with an average of 29000 flights in a year.”

“The air station will soon operate the Boeing P8I long range maritime reconnaissance aircraft with the commissioning of INAS 316,” the spokesman added.