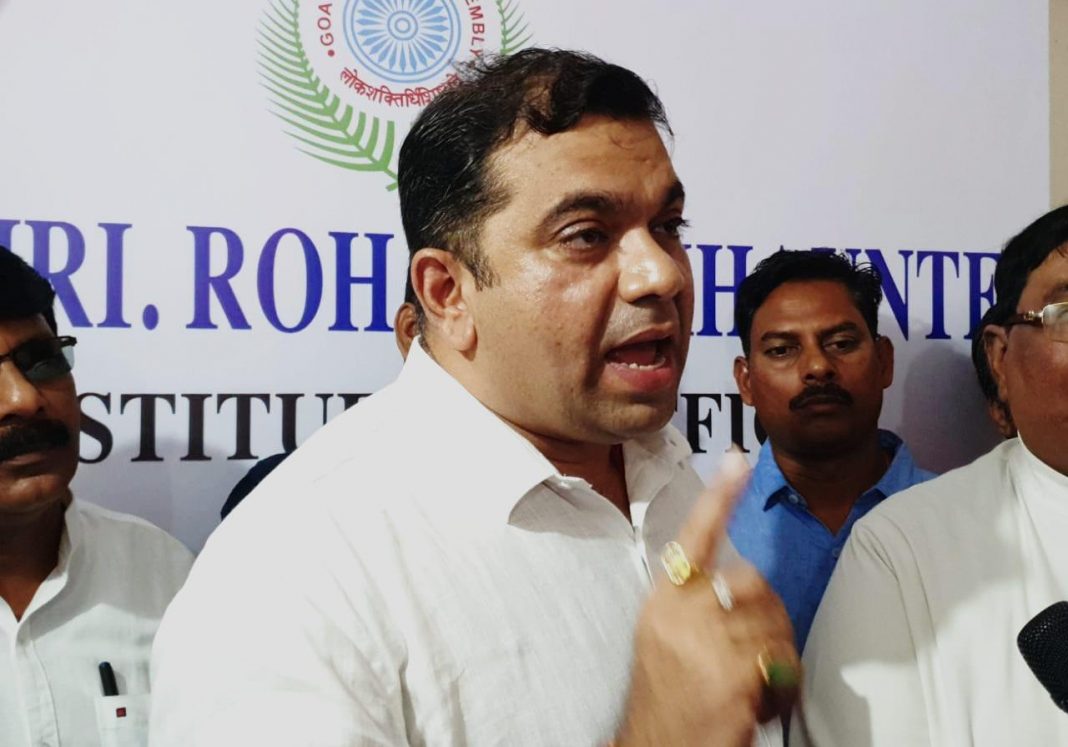 Panaji: Porvorim MLA Rohan Khaunte has demanded resignation of Chief Minister Pramod Sawant and his cabinet for failing to adhere promise on Mahadayi.

Minutes after Union Ministry wrote letter to Sawant informing him that the sanction given to Karnataka would be reviewed, Khaunte said that chief minister has failed to withdraw the letter.

“The work on Kalsa Bhandura has already begun. Now the letter says that the project is more than a drinking facility project. Sawant is hiding something from the people of Goa,” the former minister said.

“I had predicted much before I had said that delegation should not meet Javadekar. All the views expressed by Sawant has been contradicted by Javadekar in the letter,” he said.

Khaunte said that the work on Kalsa Bhandura project has begun and it should be stopped on priority.

“Sawant should respectfully resign as he is not able to give justice to the post. He is taking Goans on jolly good ride,” he said.

He along with his cabinet should resign and show that they are with the people.