Town Hall to be constructed for Fatorda this year: Vijai Sardesai 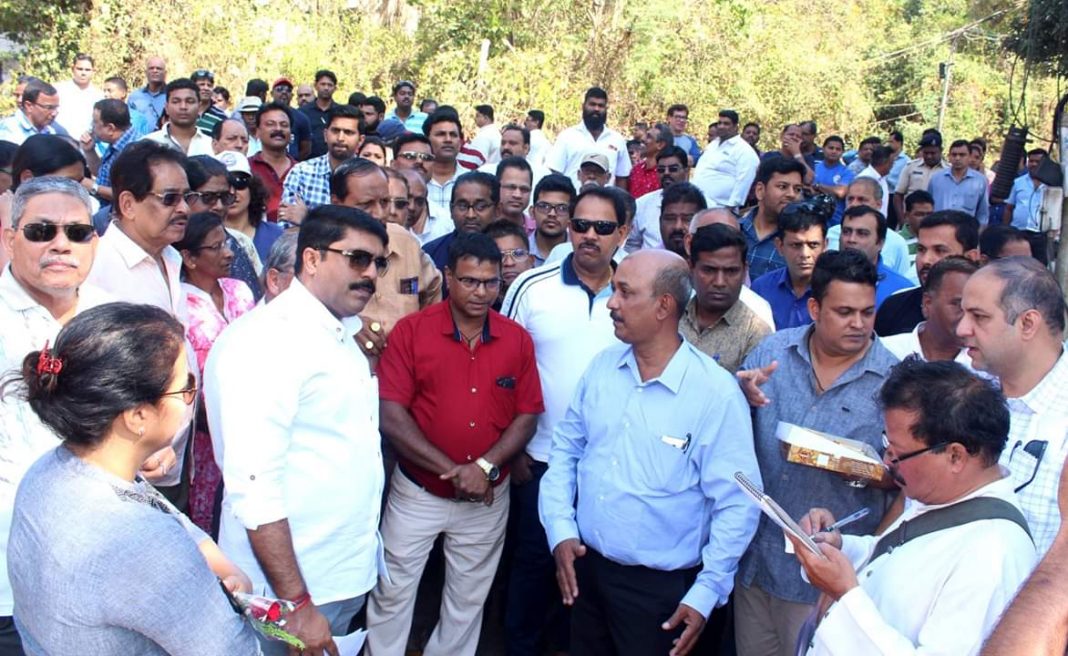 Fatorda: Goa Forward Party President Vijai Sardesai has said that Fatorda will have Town Hall in the year 2019.

Sardessai also assured that the SGPDA market will be totally cleaned up to make it clean and hygienic and appealed to people not to give their blood sample to anybody who comes to their houses.

He said the town hall will be constructed on the land earlier acquired for the non-conventional energy park and that it would be constructed under the private, public participation model or entirely through the Goa State Infrastructure Development Corporation.

“The town hall will have a capacity of around 4000 and maybe people from elsewhere will come to Fatorda to celebrate their marriage and people from Fatorda will not have to go elsewhere for any celebrations,” he said.

He said work on setting up the sewage treatment plant at the wholesale fish market has already commenced and said even the retail market of the SGPDA will be given a new look to make it clean and hygienic.

He pointed out that the work of cleaning the meat market at SGPDA had commenced today and said the vendors should come to him together instead of coming in singles and doubles. “The food testing laboratory is supposed to come up near the chicken market and we can expand that market by having an entire first floor provided the vendors come and discuss the matter in a group,” he said.

He admitted that most vendors have extended and there is encroachment practically throughout the market and hence said the authorities were willing to expand the market provided the vendors come together with their demands and needs.

Meanwhile he appealed to people from Fatorda not to give their blood sample to anybody who comes to their house claiming to be sent by the government. “Being an MLA I am not aware of any survey undertaken by anybody and hence there is no reason why somebody should be collecting blood samples,” he said.

While pointing out that the samples are collected mostly from the ST community he directed Fatorda Police Inspector Navlesh Dessai to look into the matter and arrest the person taking the blood samples.

He also directed Navlesh to stop the mini buses from plying on the Monica Dias road as locals complained that the mini-buses without permit were speeding on the road since it was a short cut and endangering the lives of the locals with their speed.