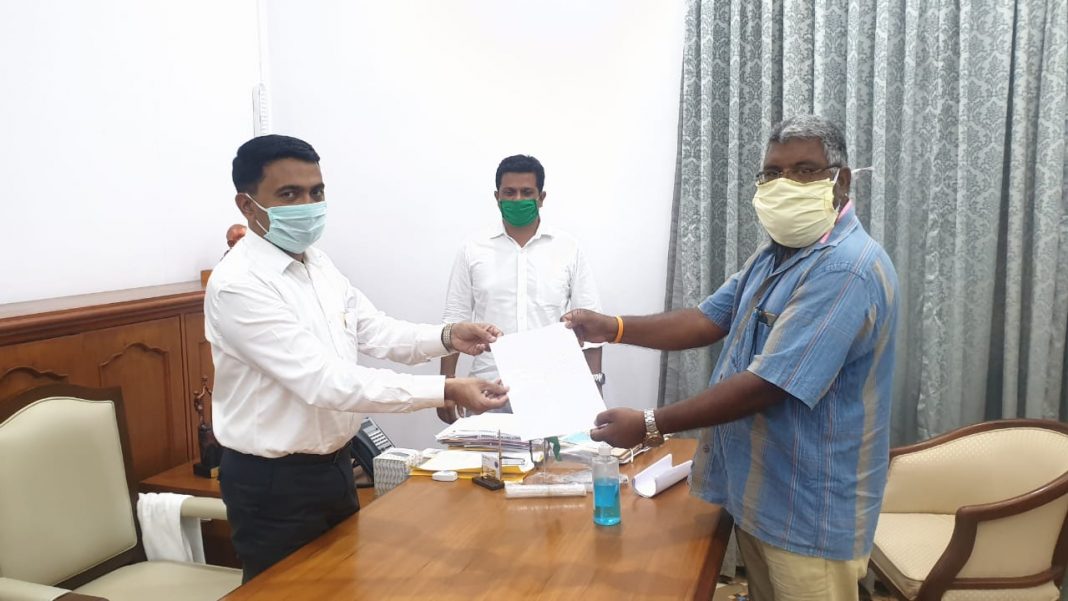 Panaji: Goa’s traditional tourist taxis have sought compensation from various taxes from the state government as their business has come to a standstill due to current COVID-19 outbreak.

The tourist taxis are an integral part of state’s tourism industry. Due to current lockdown and ban on travel, the tourism industry in the state has come to a standstill.

“The tourist season for this year was very bad. And before we could recover from the sluggish season, COVID-19 happened,” said Laxman Korgaonkar, who represented both the associations before the chief minister.

He said that several thousand taxi operators are in dark over the future of the trade. “We are not sure when the tourist season will re-start. Also, whether it would pick up the pace considering the situation worldwide,” Korgaonkar said.

He said that Pramod Sawant-led government has efficiently handled the crisis situation in the state. “The government has also provided financial assistance to those affected section including Goan daily wage labourers,” he said.

Korgaonkar said that on the similar lines, the compensation should also be provided to the taxi operators.

In the memorandum handed over to the chief minister, the associations have demanded that each of the member be paid Rs 12,000 per month allowance till tourism industry resumes.

“The banks should also be asked not to charge for EMIs of the vehicle loan and also the interest on it,” the memorandum reads.

The taxi operators have also demanded that there should be waiver on insurance as their vehicles are off the road.

“Also those who have already paid the insurance should be given the extension till situation normalizes,” he said.

Korgaonkar said that the tourist taxis have also sought  relief from the taxes including Road Tax, Passenger Tax, Renewal of Permit, Renewal of authorizations, driving licence, PUC and others.