SEC works to smooth postal service between Maha and Goa 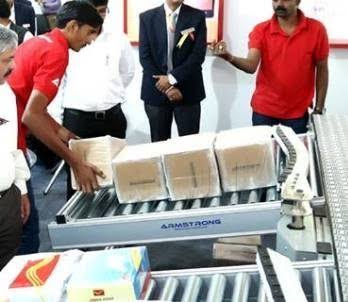 PANAJI: In a bid to smoothen the postal service between Goa and Maharashtra, State Executive Committee (SEC) on Saturday decided to allow dropping of the parcels at the state border.

SEC chaired by State Chief Secretary Parimal Rai decided to work out a procedure which will allow transferring of parcels across the border into Maharashtra from Goa.

As per the minutes of the meeting,  Goa’s Postmaster General Vinod Kumar  raised the issue of movement of postal vehicles across States. He explained that their vehicles mostly go to Maharashtra.

It was decided during the meeting that the postal vehicles from Goa would drop the goods at the Maharashtra border and pick the items for Goa therefrom.

“Secondly, postal vehicles will come from Maharashtra to drop the items and return thereafter and no person will stay back in Goa,” the minutes of the meeting reads.

The postal department has requested that their vehicles may be given priority movement at the borders. “The SEC asked the Collector, North-Goa to issue necessary instructions in this regard,” the minutes of the meeting reads.