The startup concept is here to stay and Goa has the ideal bedrock for that: D S Prashant 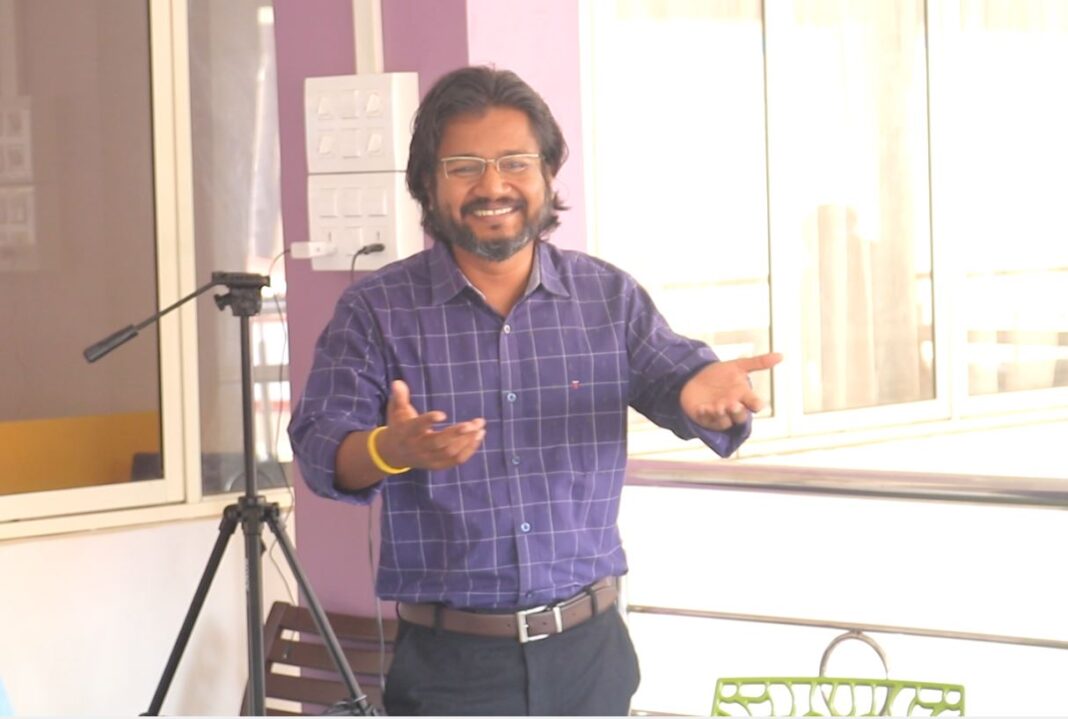 Meet D S Prashant, CEO of Forum for Innovation Incubation Research and Entrepreneurship (FiiRE) at Don Bosco, Fatorda. In an interview with www.Goanewshub.com , he said that  the startup concept is here to stay and Goa has the ideal bedrock for that. 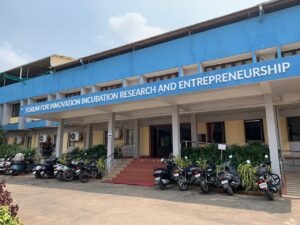 1.  How has been your experience in heading FiiRE?

I have been privileged to be part of the innovation and startup movement of Goa over the last decade. I still remember being told by a respected academician in 2010 that startups are for the dropouts and people who are not good with their grades. We have come a long way since then. Today its acknowledged that every common person irrespective of their background, qualifications, gender and many more categorisations who have an idea to solve a problem better, faster, cheaper in an environmentally conscious way and willing to take the tough path can make a difference to the world we live in and express themselves to their full potential. The startups will play a major role in India’s growth story and at FiiRE we have some of the talented startup founders creating their individual growth stories. I am blessed to be part of a team with over fifty years of collective experience in entrepreneurship training and innovation having supported establishment of over three thousand enterprises and mentored over hundred startups in Goa. Being part of the establishment of two technology incubators before FiiRE helped in establishing processes critical for the success of the incubator. We received support from Goa Shipyard Ltd early on and from Industry and Industry associations as we started with our initiatives. We could also establish cross border collaborations with the international ecosystem because of our networks. We found great support for mentoring from industry veterans and angel investors who want to help startups from Goa succeed and create an impact.

The stint at FiiRE has been fulfilling so far because of the support and help from the mentors and ecosystem players including government and media. The management at FiiRE has been a die-hard supporter of the vision to create valuable startups from Goa which has enabled us to implement our ideas for startups. 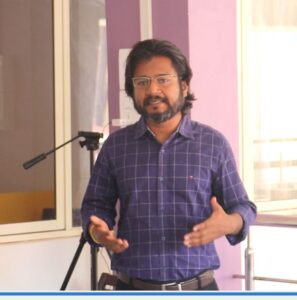 2.  Do you see StartUp concept picking up in Goa?

We are seeing sweeping changes in the world. Technology companies are making huge impacts and disrupting our experiences. We are seeing deployment of technology in every sphere of business and startups have played a critical role. The pandemic has only accelerated the scale. There has been a significant rise in the number of startups in Goa. There is also a steady increase in the number of startup support and infrastructure providers to go along with the rising demand. The noticeable factor is the acceptance of startup as a career option. Students are aspiring to explore starting up and the parents are accepting this new thought process. Industry people are dreaming about creating their own identity through technology entrepreneurship rather than being just a cog in the wheel. Researchers and designers are hunting for entrepreneurs who can create market value for their products. The startup concept is here to stay and Goa has the ideal bedrock for that.

3.  Can Startups help to counter increasing unemployment in the state?

It’s a fact that startups are the change makers that will positively impact the economy and as part of that, they will be one of the most significant job providers in the near future. The number of jobs created by technology companies are abnormally high. The impact they have which creates allied or indirect jobs and entrepreneurial opportunities are manifold. One of our early-stage startups have already employed over 25 people and are hunting for good talent. We have our own issues of availability of startup employable talent, but the demand will create the infrastructure for the creation of adequate talent. The data of Goan startups indicate creation of employment opportunities for 10 people on an average for each startup. This will grow as the startup matures and required talent is created.

4.  Are you happy with the support provided by Goa govt to the Start Ups?

Goa government has been proactive in stepping up to recognise the need to support startups for wealth generation and creation of job opportunities. Multiple schemes have been announced and the implementation is in phases. A startup can thrive only in a very active and conducive startup ecosystem. In this ecosystem, the industry, government, academia and media play a cohesive role. Startups are working on highly risky ideas and need the support yesterday. Any delay in the promised support will pull back the startup as well as the ecosystem a long way. Speed is one of the most critical aspects for growth of a startups and unless there is speed in the promised delivery the startups will not be able to leap- frog and create stories to inspire the growth of more startups. Thus, a speedy due diligence and quicker handout of the incentives will have a huge positive impact on the startup ecosystem, enabling a series of early-stage startups who are dormant and seeking support to launch.

5.   How many Startups are incubated, mentored at FiiRE?

Over the course of two years, FiiRE has supported 75 startups and are currently incubating 31 startups. We are sector agnostic but have deep interest in product development, agritech and industry 4 startups. Six patents have been filed by the startups from FiiRE till date.

FiiRE conducts  programs including “V-Hack”, which connects startups and industry/corporate partners where the industry/corporate partners identify problems and invite startups to propose solutions; Investor Meet Demo Day (IMDD) to pitch to seed and angel investors; Helping Entrepreneurs Achieve and Thrive (HEAT), a program designed to accelerate target achievement through improved action planning, structured mentorship and disciplined execution; The Business Diva Competition which promotes entrepreneurship among women in association with the Goa Chamber of Commerce and Industry Women’s Wing and many more to support and mentor the startups. FiiRE demonstrates how a consistent and well curated facility fosters entrepreneurship with business mentoring, networking and decrease perceived risks during the early stages of starting up. FiiRE encourages innovators, researchers and entrepreneurs as they conceive, design, launch and grow to establish an investable venture.

6.  Is there enough investment coming in for the Start Ups?

The investors are now noticing and recognizing the work and progress shown by Goan startups. With the Startup India Global Venture Capital Summit having its permanent venue as Goa, we will see a rise in investor engagement with the Goan ecosystem. We do have a dearth of local investors. The fundamental reason for that looks to be the lack of understanding about startup investment. We are conducting startup investor education series to inform the opportunities in startup investing, the expectations from startup investing, the associated risks and the documentations and legalities associated with startup investing. I am privy to some investments by local investors without proper understanding about the expectations thus causing heartache for both the investor as well as the startup. The early few investments set the tone for the growth of startup investing in an ecosystem. We would not want to lose our high potential investors because of the early setbacks hence it’s necessary for us to set the right expectations. We do have had VC investments in local startups which should give some great stories in the future

7.  Do you feel that more such facilities like FiiRE should come up across Goa to help the Start Ups?

Yes, an ecosystem is only as good as the diverse support it can provide to its beneficiaries. There are multiple service providers across Goa providing basic infrastructure to help setup and run a startup. They should provide specific ‘subject matter expertise’ apart from the general infrastructure service. This will ensure that every stakeholder has a definite offering and an important role to play in the ecosystem.

A startup should be set up to address a problem and not just because the founders believe they have a good idea. They should start small, be very specific in terms of the value proposition they wish to provide their customer segment, validate their solutions and find a solution market fit before they decide to scale up and/or seek funding. Clarity on the business model should be on the top of the list.

Previous articleI will not fail my voters, if elected from my ward: Muktamala Shirodkar Fondvekar, Ward Number 30.
Next articleOpposition parties write to Guv, SEC to curtail upcoming Assembly Session