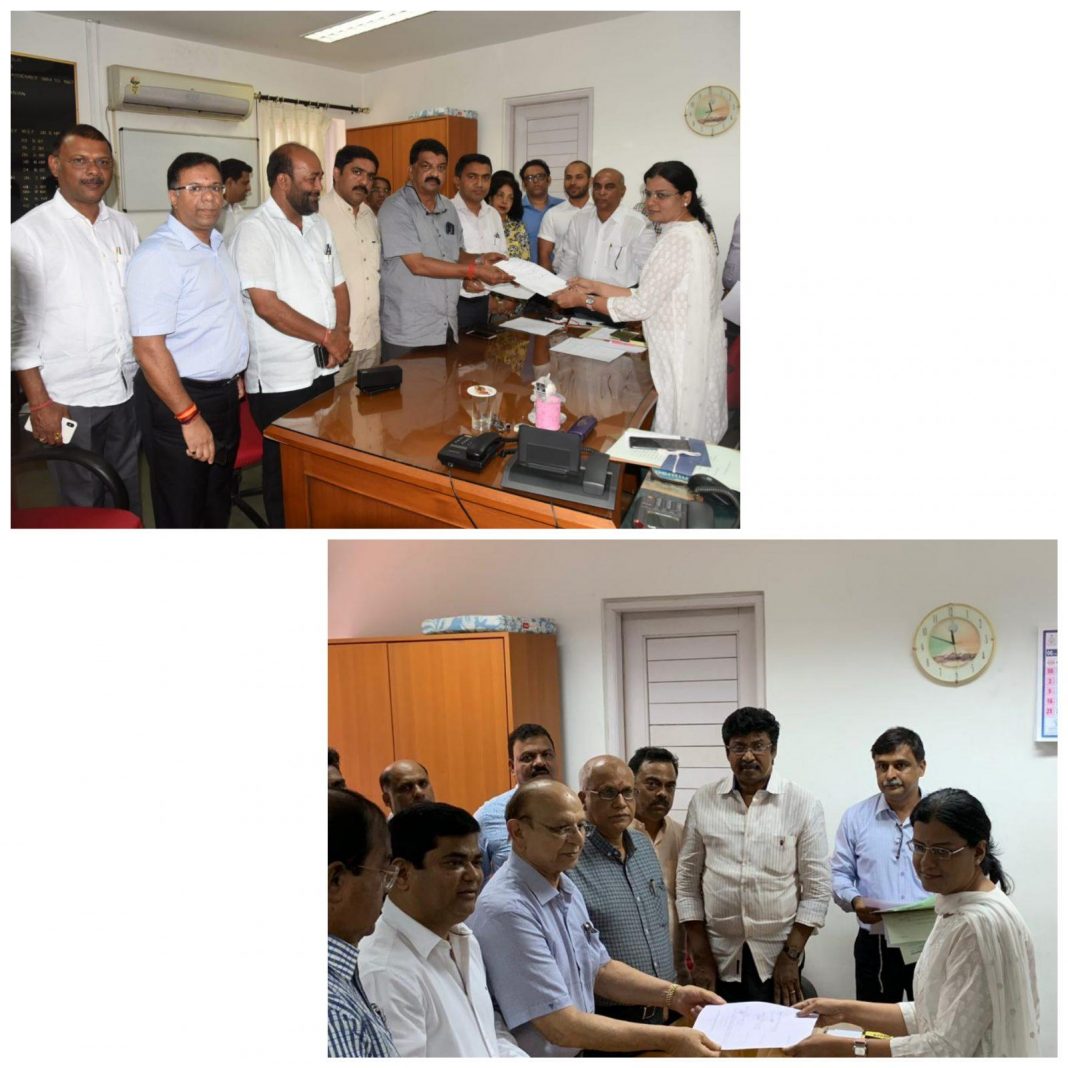 Porvorim: BJP MLA Rajesh Patnekar on Monday filed his nomination as NDA candidate for the post of Speaker in Goa Legislative Assembly, the elections for which are scheduled on June 04.

Accompanied by Chief Minister Pramod Sawant and Deputy Chief Ministers Vijai Sardesai and Manohar Ajogankar, Patnekar, one of the senior most legislator of the party, filed his nomination for the post of Speaker.

Congress has fielded former Chief Minister Pratapsinh Rane as its candidate for the post.

Governor Mridula Sinha has summoned one-day-session to elect new Speaker, the post of which fell vacant after Pramod Sawant resigned in March this year to take over as Chief Minister of the State.

“We are confident of winning the election for the post of Speaker as we have 23 MLAs in our side including those from Goa Forward Party and Independents,” Sawant told reporters.

He said that BJP has 17 MLAs while three each are from Goa Forward Party and the Independents.  Sawant said that Patnekar was unanimous choice of all the MLAs including coalition partners.

Opposition Congress party, on the other hand, has fielded Rane, one of the seniormost MLA, as its candidate for the post. “Considering his past experience as Speaker and his impeccable track record as MLA, Rane has been the most suitable candidate for this post. We will appeal all the MLAs, including those from ruling side to vote for him,” Leader of Opposition Chandrakant Kavlekar said.