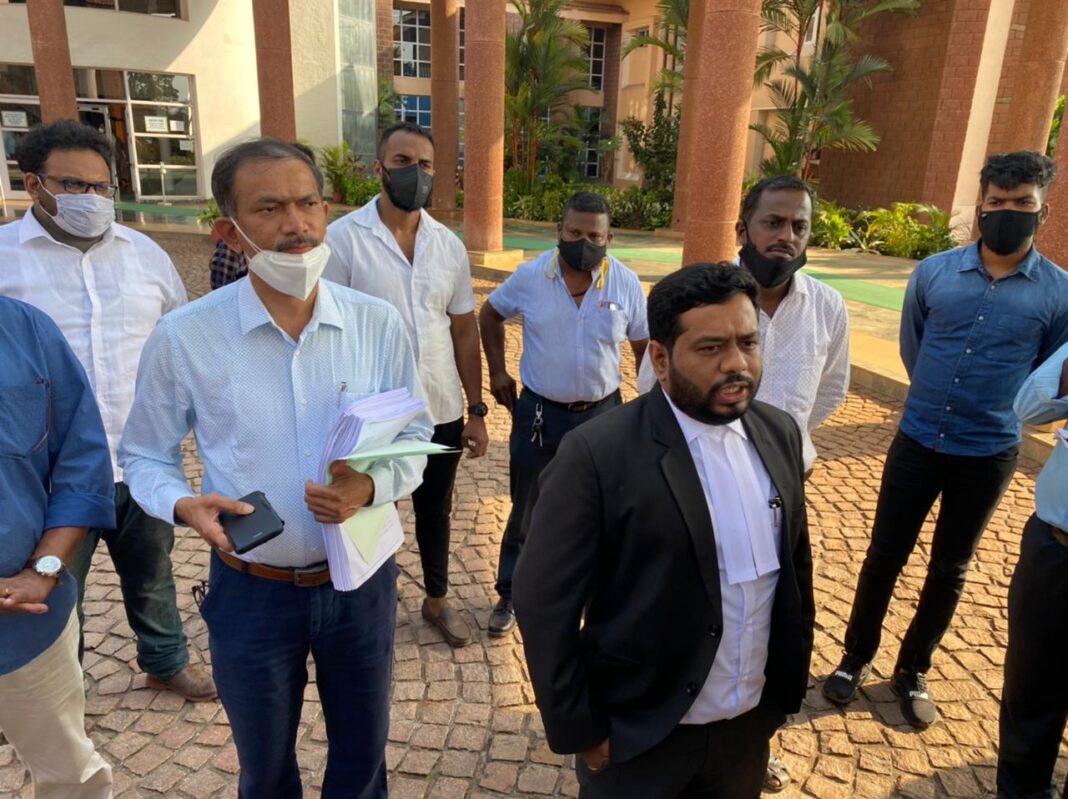 Panaji: In a major relief to BJP-led governent in Goa, Speaker of State Legislative Assembly Rajesh Patnekar on Tuesday dismissed both the disqualification filed against twelve of its MLAs.

Goa Pradesh Congress Committee President Girish Chodankar had filed the disqualification petition against ten MLAs, who had switched over the side to BJP in the year2019.

Similarly, MGP MLA Sudin Dhavalikar had filed the disqualification petition against two of his party MLAs who had joined BJP in the year 2019.

The Speaker in two different orders on Tuesday dismissed both the petitions, without giving any specific reasons.

The first order of dismissal was pronounced at 4 pm when Dhavalikar along with his lawyer was summoned by the Speaker. Subsequently, at 4.30 pm. the second order was pronounced in connection with Chodankar’s petition.

Advocate Abhijit Gosawi, representing Chodankar, said that they have crossed the first hurdle in getting the ten MLAs disqualified.

“We were waiting for the Speaker to deliver his order so that we can approach the higher court for favourable verdict,” he said.

Gosawi said that the exact future course of action would be decided after Speaker gives the detailed order.

Congress party was reduced to mere five MLAs after the exit of 10 of its legislators in 2019 to join BJP.

The petition was filed by MGP Leader Sudin Dhavalikar against former party MLAs – Manohar Ajgaonkar and Deepak Pauskar, who had switched to BJP in the year 2019.

Advocate Carlose Alvares Ferreira, representating the MGP, said that the Speaker has dismissed the petitions filed against both the MLAs.

He said that the Speaker has not specified any reason while delivering the verbal order. Ferreira said that the detailed order will follow.

“It is only after we go through the reason why petition is dismissed that we will be able to decide our future course of action,” Ferreira said.

He said that right now, it is premature to decide any course of action. “The Speaker only said that the petition is dismissed, nothing more he said,” Ferreira added.

Dhavalikar said that he is disappointed with the verbal order. “We were expecting that the Speaker would dismiss both the MLAs,” he added.