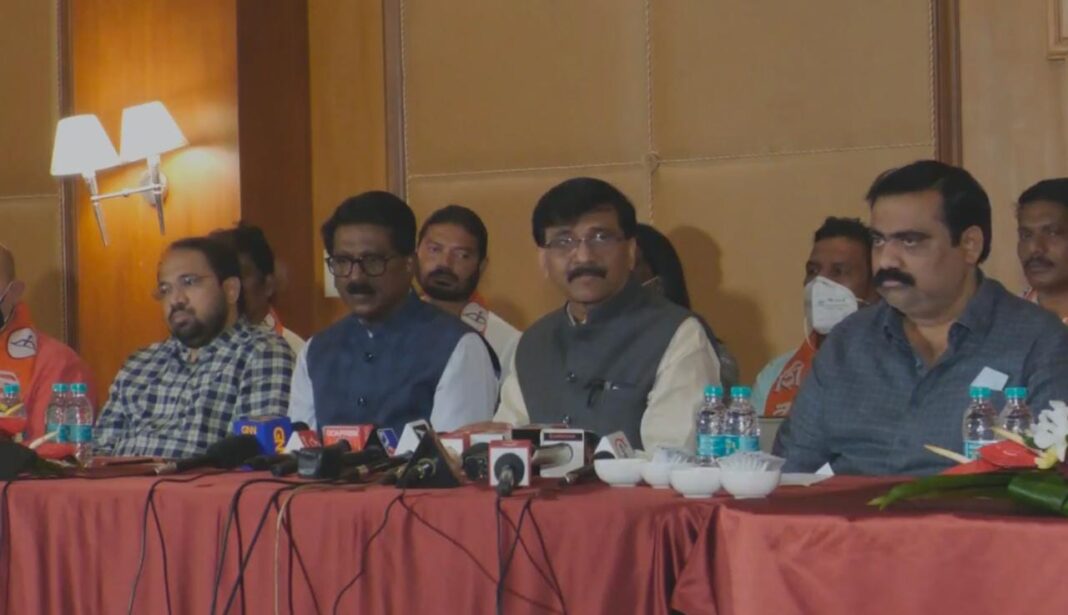 Panaji: A day after Trinamool Congress Party (TMC) accused Congress of failing to form anti-BJP alliance in Goa, Shiv Sena has joined the chorus claiming that the Sonia Gandhi led party should introspect.

Shiv Sena Member of Parliament Sanjay Raut told mediapersons in Goa that attempts were made by Shiv Sena to forge Mahavikash Aghadi on the lines with Maharashtra, but failed.

“I agree with the comments of Abhishekh Banerjee. We had also ried to hold talks with Congress. We had held meeting with Dinesh Gundu Rao, Digambar Kamat and Girish Chodankar with the proposal that Congress, NCP, Goa Forward Party and Shiv Sena should form Mahavikas Aghadi,” he said.

TMC National General Secretary Abhishekh Banerjee had told mediapersons on Thursday that Congress should be held responsible, if BJP forms government in the state.

He had also demanded that Congress leader P Chidambaram should resign of BJP forms the government as the party had refused the offer of TMC to form the alliance.

Raut said that Chidambaram should not be held responsible as “he was executing the decisions of the party high command.”

Shiv Sena MP said that Sena had presented the proposal before Congress in which the Sonia Gandhi led party would contest on 30 seats while rest ten could be distributed amongst the alliance partners including NCP, Sena and GFP.

“These were the ten seats where Congress has never won the election in Goa,” he said.

Raut said that Congress never responded back to the proposal.

On Friday, Sena announced list of its first nine candidates including its State Unit chief Jitesh Kamat, who will contest from Mapusa Constituency. Sena has already announced its alliance with NCP.

“Our party has clean image” he said adding that the party is “going to create history in Goa for this election.”

He said that Sena is intending to create a clean history and not any tainted one by offering seats to land mafia and terrorists. Raut did not specify whom he was referring it to.

While the list of first nine candidates include Shailendra Velingkar, son of former RSS Goa chief Subhash Velingkar from Panaji assembly constituency, Raut said that the party is ready to support Utpal Parrikar, if he contests as an Independent.

“If we support Utpal, we will also take an assurance from him that he would not support BJP, once voted to power,” he said.