Shack in the agriculture field to promote agro-tourism: Vijai Sardesai 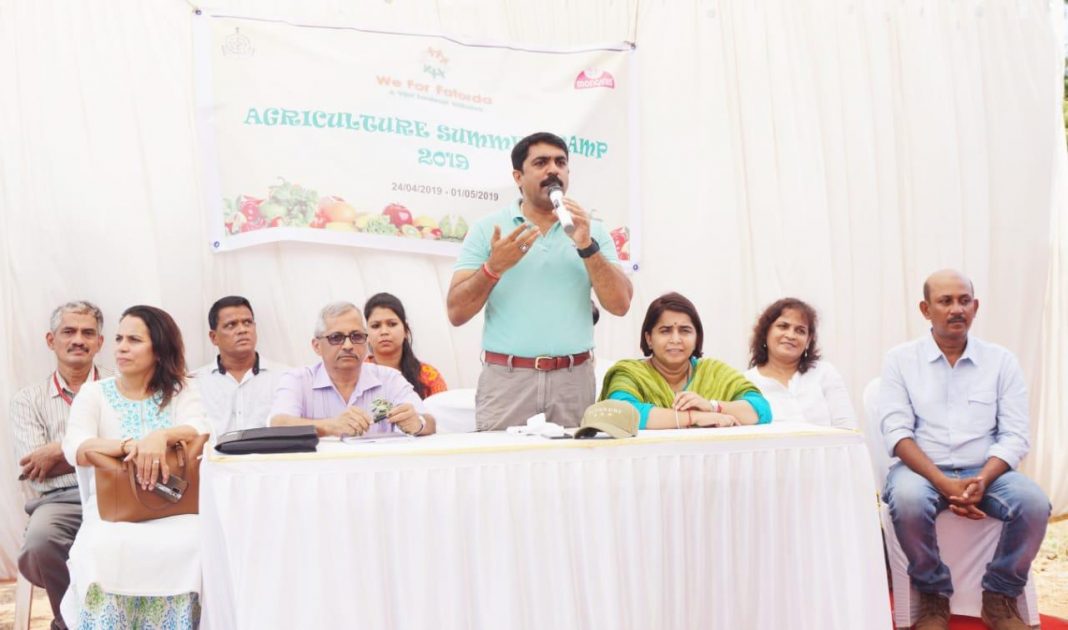 Fatorda: Goa Forward Party Chief and Goa’s Deputy Chief Minister Vijai Sardesai on Wednesday propagated the concept of Shack in the agricultural fields as a method to encourage agro-tourism in the State.

Sardesai, who is also State Agriculture minister, said that  the attempts are being made to create a sustainable model for agro-tourism in the State, which is largely dependent on its beaches to attract footfalls.

“I am trying to intentionally do few things which I have talked about vehemently. I am trying to create a model of agro tourism. If we can have shack on the beach then why not shack in the agricultural field,” Sardesai said talking to reporters after inaugurating eight day long Summer Agricultural Camp for students organised by his own initiative and a non-profit organization ‘We for Fatorda.”

“I am trying   to create one (shack in the field) here (Fatorda), I will give to the women of Fatorda so as to show that we practice what we preach,” he added.

“We want to divert tourists into rich natural heritage which we see in the hinterland, forest of Goa. It is a new experience about Goa,” he said.

Now, a young student will be Brand Ambassador of Agriculture Department

Previous articleIt’s official, Monserratte to contest from Panaji, BJP begins its process to decide candidate
Next articleNow, a young student will be Brand Ambassador of Agriculture Department