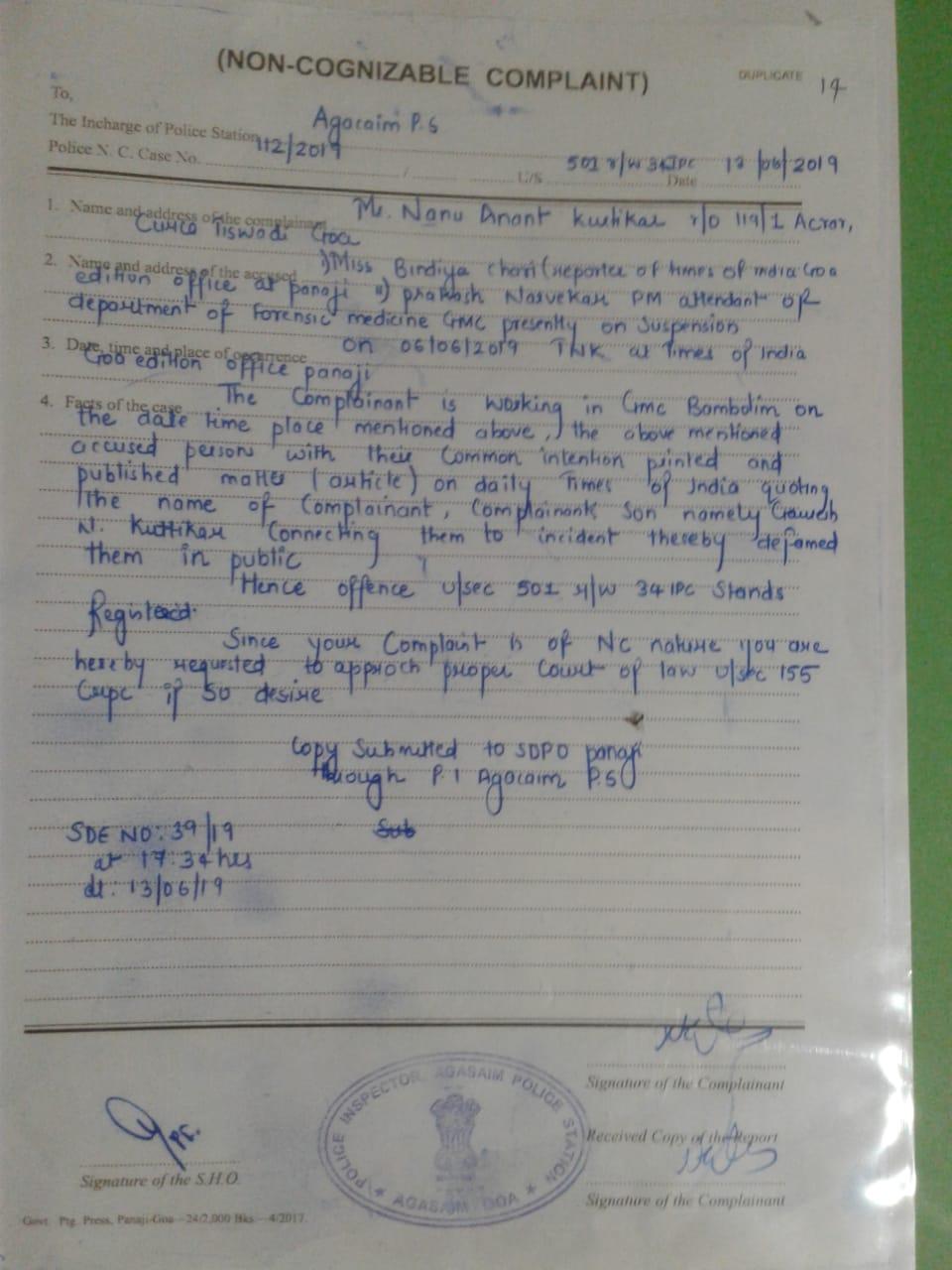 Panaji: Senior Lady Journalist Bindiya Chari working with a national newspaper was booked by Agassaim Police on Thursday following complaint by a staffer of Goa medical college and hospital, Bambolim.

Chari along with one Prakash Narvekar has been booked under section 501 read with 34 of IPC for allegedly defaming a staffer attached to GMC’s morgue. The lady reporter had filed news report against the staffers, which they claimed was a conspiracy against them.

The formal police complaint was filed against the journalist and another staffer.

Complainant Nanu Kuttikar working with the forensic medicine department of GMCH had claimed that Chari published the news intentionally to defame him and his son Gaurish who is also working with GMCH.

“I have reason to believe that Bindiya Chari and Prakash Narvekar have hatched a criminal conspiracy of publishing this news with common inteition to cause defamation of both of us and derive a benefit in favour of Prakash Narvekar by creating artificial shortage of PM attendants,” the complaint reads.