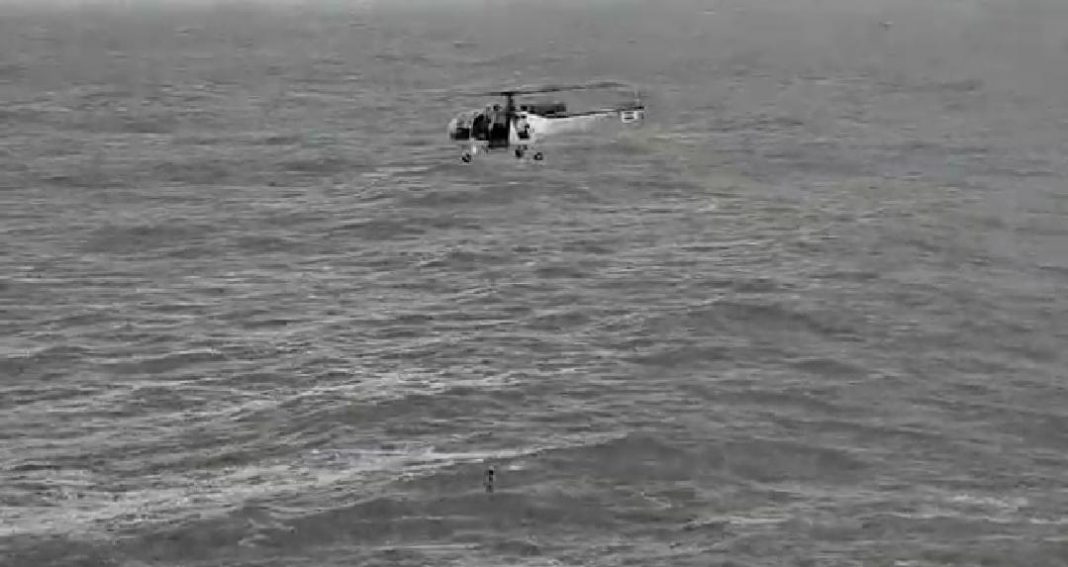 Margao: A 26-year-old armyman who had flung into the Sea in Goa was rescued by Indian Coast Guard’s helicopters after the dramatic mission on Thursday afternoon.

The spokesman of Drishti Lifesaving Services told reporters that 26 year old armyman from Pune who was on a holiday to Goa slipped from the rocks and fell into choppy waters at Cabo da Rama fort area of South Goa, 50 kms away from here. The name of the armyman has been withheld.

“An alert lifeguard spotted the man and launched the jet ski but was unable to reach him due to the rocky terrain, high waves and dangerous conditions,” the spokesman said.

“Another lifeguard threw a recue tube and log for the man in distress to cling onto while help arrives.  Simultaneously a call was placed to the Indian coast guard control room and INS Hansa and helicopter back-up was called for,” the spokesman said.

“A coast guard Helicopter rushed to the area while the lifeguards directed the team to the accurate spot.  In a dramatic rescue operation Himmat Singh, air crew driver (ACD) from the coast guard team rescued the stranded victim. The victim was rushed to the hospital for medical assistance and is stable,” he said.

In the last 24 hours, lifeguards rescued 3 other individuals. Calangute in North Goa saw a double rescue where two male tourists were rescued from the rough waters. Meanwhile in Colva in South Goa, a male was rescued from the Colva creek.