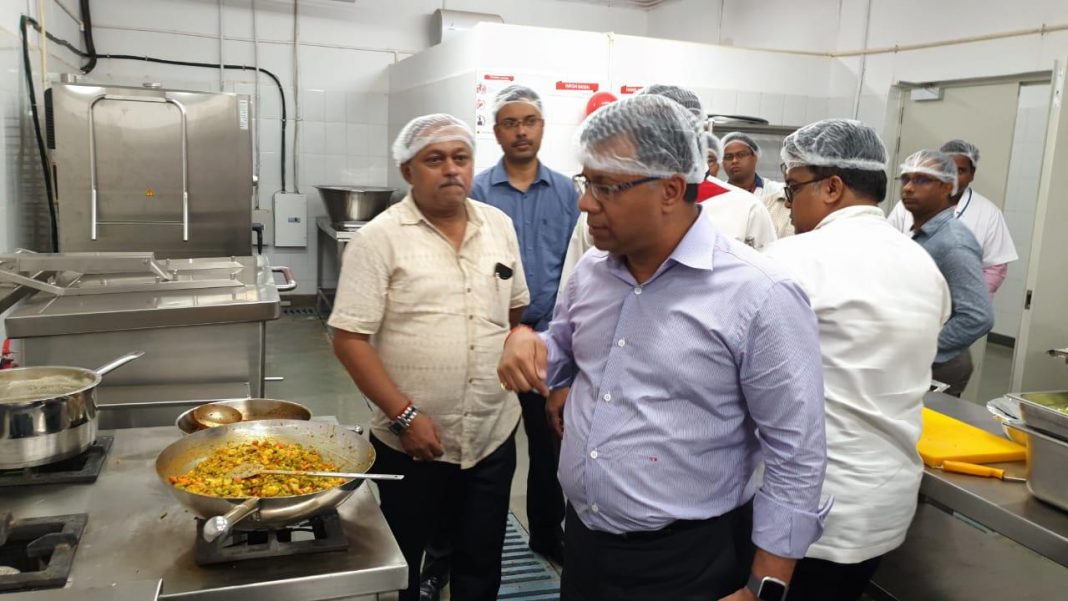 Bambolim: After frequent complaints of badly cooked food being served to the patients at state run Goa Medical college and hospital, state government on Thursday introduced therapeutic and hygienic food by having tie up with the health services company.

State Health Minister Vishwajit Rane on Thursday launched food services to the patients of GMCH after having tie up with Sodaxo, one of the world’s largest health service company.

Rane said that during the initial stage, the company will provide food to all the 1,500 patients in the hospital, while in second phase, they will take over all the canteen and supplies to the hostels.

Rane said that state government has inked tie up with the company with an annual estimated cost of Rs 16 crore.

The minister said that the decision to engage the health service company was taken after frequent complaints of poor food being supplied to the patients.

He said that State government was spending around Rs 14 crore annually on food, which has been increased by around 1.5 crore after handing it over to Sodaxo.

“Each of the patients will be provided food depending on requirement of his treatment. There will not be uniform food served to the patients,” Rane said.