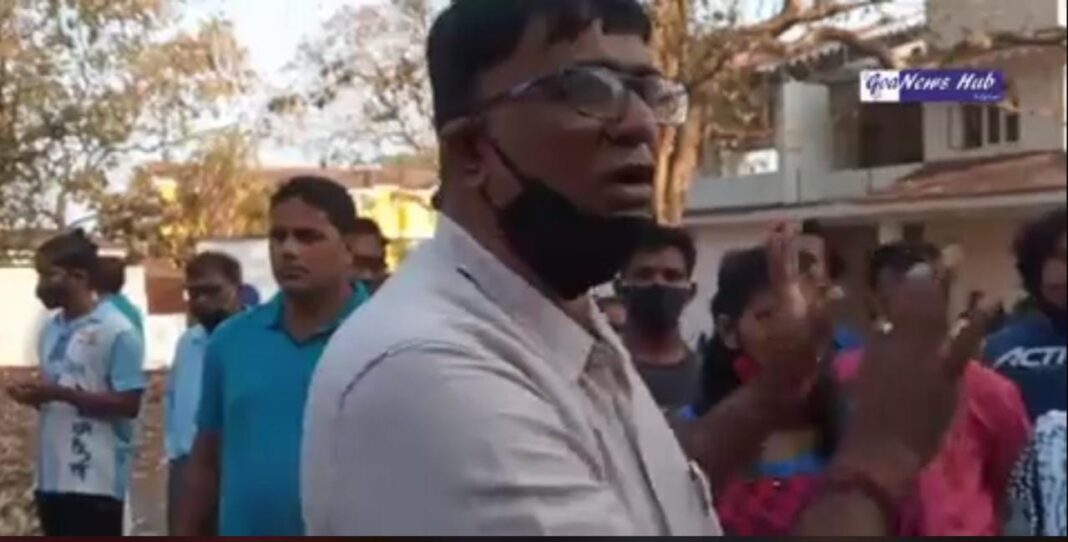 Porvorim: Penha de Franca Panchayat has filed complaint with Porvorim police against PWD Executive Engineer Eduarado Pereira for locking the park, without any permission for the same.

Sarpanch Sapnil Chodankar has said that the space of the park has been handed over to the local panchayat by Goa Housing Board in the year 2018.

He said that the panchayat, under MPLAD scheme, developed the said plot into Science Garden, a project meant for Science stream and also to be utilized as garden for public at large.

Chodankar said that the villagers were surprised when they noticed that on February 24, the PWD had locked the park.

He said that the state government was afraid that local MLA Rohan Khaunte would open the park on February 25 on the occasion of his birthday. “There was no plan to inaugurate the park on the occasion for birthday. But instead, the locals have demanded that the park be kept open so as to help the students attend online classes with the use of wifi facility there.”

Chodankar said that the act of the EE was “not in accordance with discharge of his public duty and it has been done in his private capacity.”

The panchayat has demanded that FIR be filed and the EE be immediately arrested for this action.