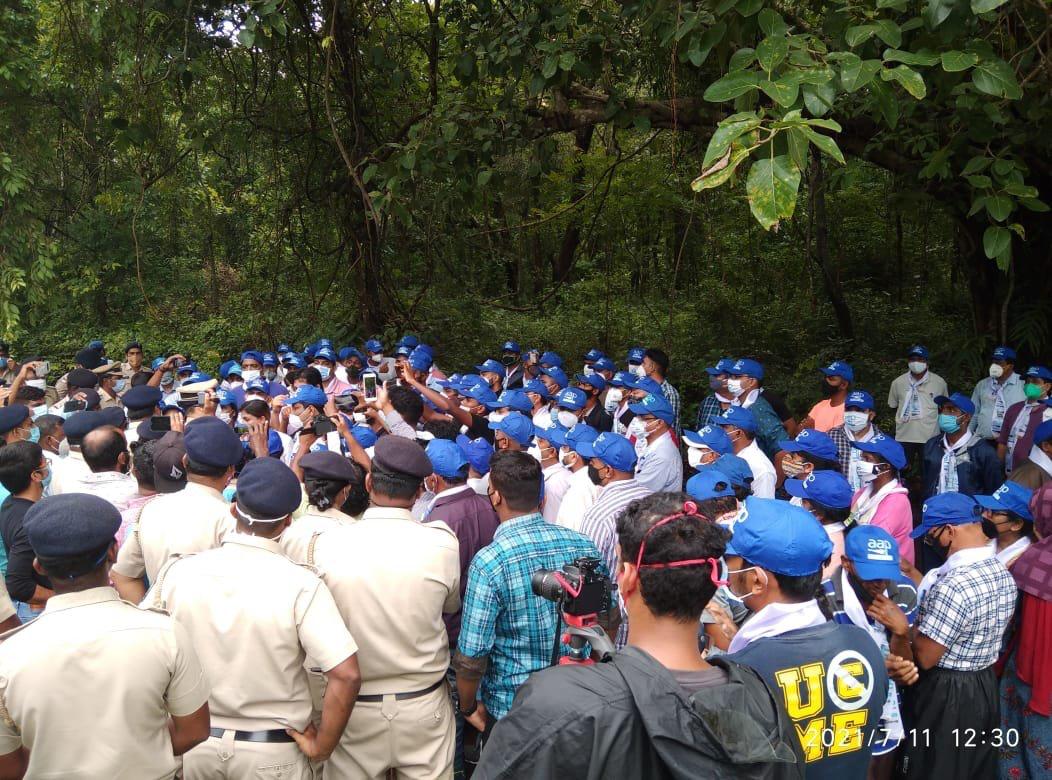 Panaji: The ruckus prevailed outside the residence of Nuvem MLA Wilfred D’Sa on Sunday when Aam Admi Party led the protest against the verbal abuse of their leaders on the earlier day.

A group of leaders led by AAP’s State Vice President Pratima Coutinho had visited D’Sa’s residence on Saturday as a part of their campaign to mark the two years of ten MLAs switching over the sides from Congress to BJP.

“We had gone there in a silent protest but we were stopped by police near the residence of D’Sa. The eggs and tomatoes were hurled on us by the supporters of the MLA,” AAP’s Goa State Convener Rahul Mahambrey said.

He said that the attack on them was unprovoked.

The AAP leaders had marched to the house of the MLA on Sunday morning when they were stopped by police. Eye witnesses revealed that leaders including Coutinho, had to be physically stopped when they tried to cross the barricade of the police.

“There was no lathi charge or any kind of action. We just stopped them and later they went back,” a senior police officer said.

He said that the protest continued for around two hours outside the residence of D’Sa.

AAP has launched a campaign “let’s clean Goa” in which they had taken up the exercise to visit residents of all the 10 MLAs with cake. While majority of the MLAs had silently accepted the cake, the verbal arguments had prevailed outside resident of D’Sa on Saturday.