RSS leader Deendayal Upadhaya wanted merger of Goa, it would have become reality if BJP was in power: Chodankar 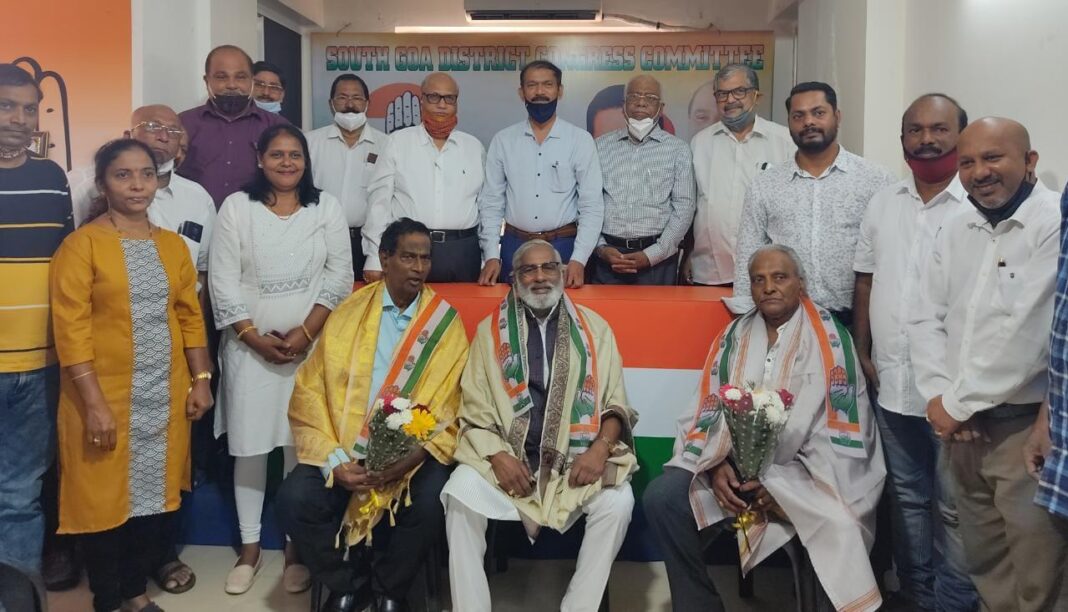 MARGAO: The Goa Pradesh Congress Committee President Girish Chidankar on Saturday said that Goans are fortunate that BJP was not ruling during the Opinion Poll era, as the saffron party would have merged Goa into Maharashtra, despite victory in opinion poll by tactics. “RSS leader Deendayal Upadhaya was in favor of the merger.” He claimed.

He was speaking in the 53rd opinion poll day function organized by Congress in its Margao office.

Chodankar said that BJP’s Dadagiri is clearly visible in the state and at the center, and hence they would have created hindrances to protect the identity of Goa.

“The leader of RSS and Bhartiya Jan Sangh Deendayal Upadhyay was in favor of merging Goa with Maharashtra. Hence, even after Goa won the opinion poll and protected its identity, he demanded merger. He was very much in favor of the merger, initially. Hence if they were in power during that period, we never know what tricks they would have had applied to achieve their goal.” Chodankar said.

Elaborating on it, Chodankar said that BJP does not celebrate opinion poll day because they don’t respect public opinion. “We have witnessed this in Shel-Melauli case.” He said.

“By using all their might they robbed MLAs from Congress Party and when they felt that the government could not be toppled as they had enough numbers, they started imposing projects against the interest and opinion of the people.” Chodankar said.

Chodankar said that former Prime Minister Pt. Jawaharlal Nehruji gave a commitment in Lok Sabha, soon after liberation of Goa, that this tiny state will decide its future and will not impose any decision on Goa. “He had even expressed his thought of having an opinion poll, six years before the actual opinion poll was held.” He said.

Digambar Kamat speaking on the occasion praised Indira Gandhi and said that even she never tried to impose anything on people. “She was graceful in giving the choice to Goans to decide on its future.” Kamat said.

Informing that he had dropped the NIT project, when people had raised objections during his tenure as chief Minister, Kamat said that Melauli people showed the way how to reject the oppression by the government in imposing projects, which are opposed by the public.

He praised Purushottam Kakodkar for his initiative in demanding Opinion of the people of Goa in regards to merger.

Mr. N Shivdas, Mr. Joaquim D’Costa from Sanguem and Francis Rosario from Agonda were felicitated on the occasion for their contribution during the Opinion Poll. Mr. N. Shivdas and D’Costa narrated their experience.

The program was compered by Subhash Faldesai, while Alton D’Costa proposed vote of thanks. District President Joe Dias welcomed the gathering.