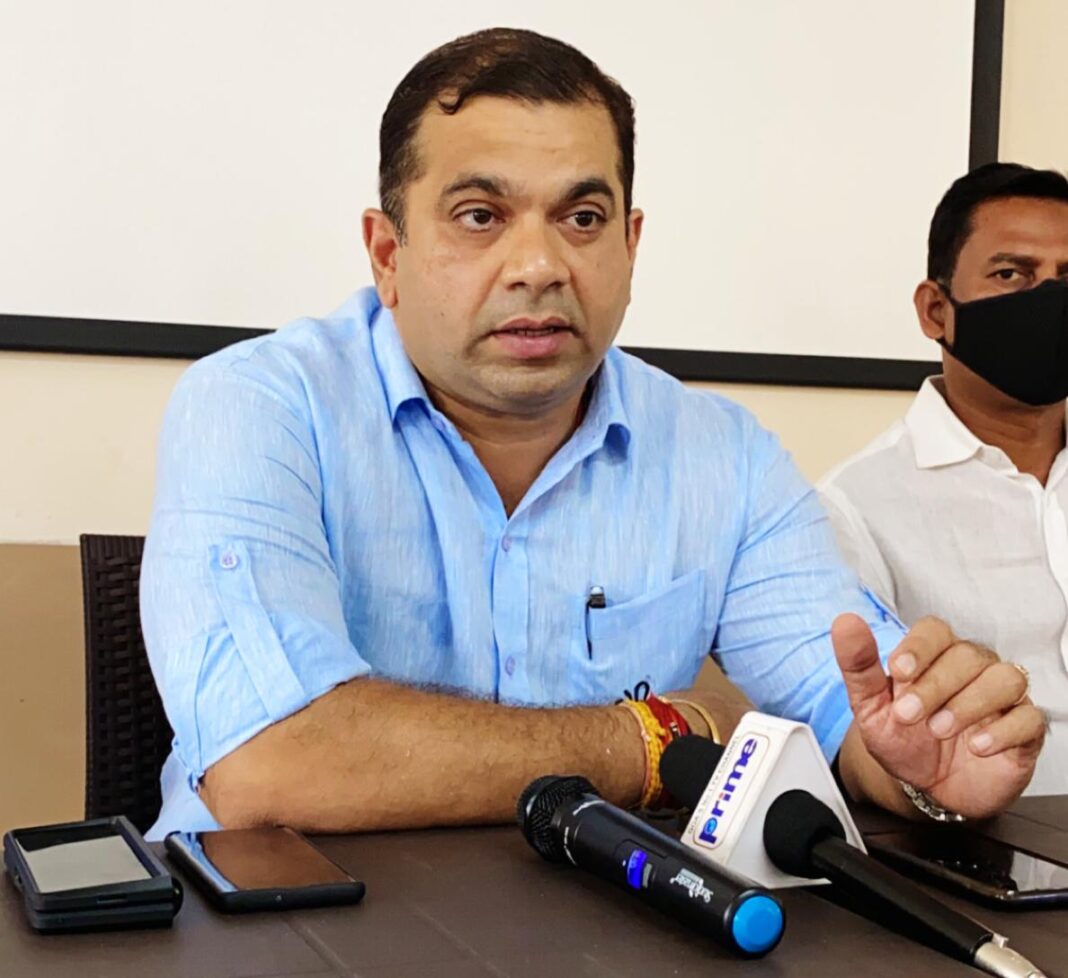 Panaji: Porvorim MLA Rohan Khaunte has written letter to Goa Governor B S Koshyari seeking his direct intervention to alleviate the worsening COVID scenario in Goa by issuing Gubernatorial Orders towards a Total Lock down in Goa for 10 days and also make COVID Negative Certification compulsory for entering Goa.

“I humbly submit a Plea to Your Excellency for a direct intervention to alleviate the worsening COVID scenario in Goa by issuing Gubernatorial Orders towards a Total Lock down in Goa for 10 days and also make COVID Negative Certification compulsory for entering Goa,” Khaunte said in a letter.

The Porvorim MLA has said this catastrophic situation is directly attributed to the Highly Insensitive and Lackadaisical approach towards Pandemic Control of the Goa Government lead by Dr. Pramod Sawant.

“The latest example being a Token 4-day Lock down with the State borders being open. It is my humble understanding that a Pandemic Lock down demands Stringent Border Controls for Effective Containment of the viral spread, which is the sole purpose of a Medical Lock down,” he said.

Khaunte said that despite fervent appeals from different sections of the society, Elected Representatives and even the IMA – Goa, the Goa Government has Insensitively refused to Extend Lock down or Impose COVID Negative Certification for entering the State.

“Over 40 Goan lives are lost every day. This is unbearable for our small State. With the increasing number of Doctors and other Medical Staff getting infected, our defences are weakening. A prompt decision on Lock down would have definitely reduced the viral spread as well as provided a breather to Doctors and the entire Medical staff.”

The MLA has claimed that the Grandiose announcements of supplementing medical infrastructure are not being followed up with actions thus straining the available resources. It is just promises sans implementation even in a Pandemic situation.

“There has been an Absolute Intellectual Failure as Goa Government failed in its Preparedness for the Second Wave despite timely warnings from the Central Government and Medical Experts. The Administrative Lacunae of this Government has rung the death knell for innocent Goan lives succumbing to COVID. Medical Experts predict a COVID peak in mid-May and if this Ghastly Mismanagement continues, Goans cannot imagine what horrors awaits us during the peak.”

“Goa Administration Failure continues to be evident in the Acute Shortage of Hospital beds with Oxygen support, essentials and medications shortage besides the crucial crunch of Medical Staff who are stressed thin by the spike,” the letter reads.

“Vaccination being the sole protection, Goans are sadly deprived of the same due to the Lack of Foresight and Planning by Dr. Pramod Sawant and his Government plagued by Inefficiency to its core. Being a geographically small State with even smaller demographics, Goa could have achieved at least Total First Round Vaccination by March end, if the Goa Government had prioritized the same.”

“When the Centre and the State of Goa are both ruled by BJP, what is the dearth in obtaining Vaccines Free of Cost or even at Paid-Up rates for such a small population? It is seriously felt that there is no dearth of funds or magnanimity by the Central Government which is always ready to help but there is a serious dearth of Intelligent and Decisive Leadership in Goa Government due to which we are today lingering behind on vaccination.”

Previous articleNerul Village Panchayats go for a self imposed partial lockdown for seven days
Next articleCongress leader Altone D’Costa, his councillors demand Quepem lockdown till May 12