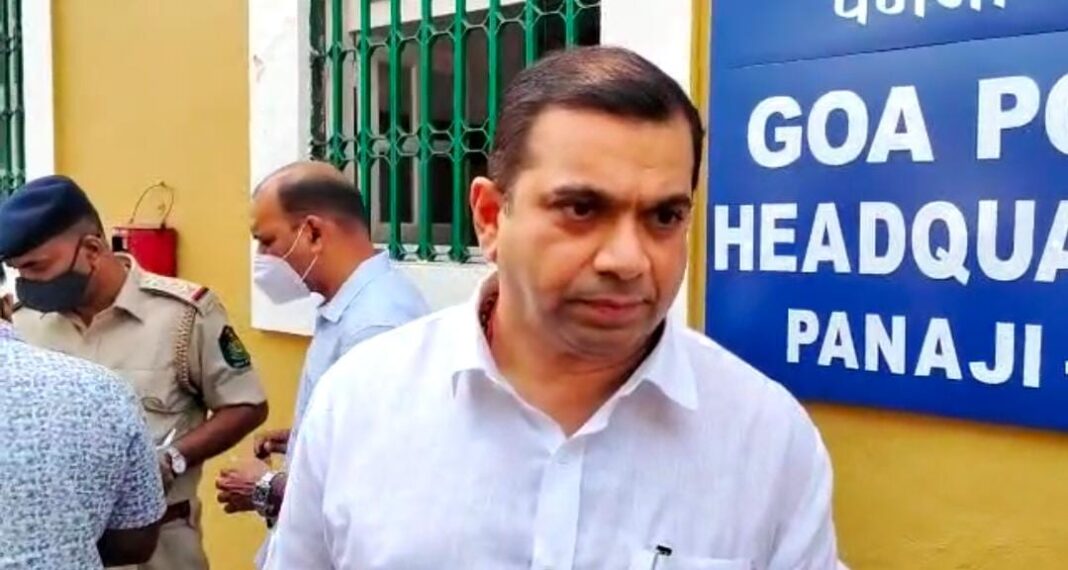 Panaji: Former Porvorim MLA and BJP leader Rohan Khaunte on Wednesday met Director General of Police I D Shukla demanding action against the habitual offenders who were involved in the assault and ransacking of Souza Lobo restaurant at Calangute.

Speaking to reporters after meeting DGP, Khaunte questioned Calangute Police Inspector Nolasco Raposo and a constable Srivastava’s role in allowing this kind of attacks to happen.

He also alleged that there is political patronage and support from few of the IPS officers, which is encouraging the habitual pimps Ravikant Yadav and Gajendra Singh alias Chhotu to continue with their dance bars and prostitution racket in the coastal belt.

Khaunte was annoyed that group of 80 people from outside Goa, led by these two non-Goans, attacked iconic Souza Lobo restaurant, which is run by a Goan.

He also raised questions whether the emergence of political parties from Delhi and West Bengal could be one of the factor to allow such ‘dadagiri’ by non-Goans.

Khaunte warned that if dance bars in the coastal belt are not closed within four days and action is not taken against the accused involved in Souza Lobo attack case, he would be personally closing them down.

The BJP leader said that he would be discussing the matter with chief minister Pramod Sawant. “CM cannot be a blind spectator for this entire illegalities,” he said.

Khaunte said that the Yadav and Singh has been habitually involved in such activities but often are left scot-free.

“Raposo, who arrests people who are sleeping on the footpath, remains inefficient when it comes to handling these criminals,” he said pointing out that it was same Police Inspector, who had moved noting to legalise Dance Bars in the state. “This clearly shows the nexus,” he said.

Khaunte said that Yadav and Singh are ‘Just puppets’ while the real person behind them is someone else, who is blessing their illegalities.

The former MLA said that these people are extort money from the people by first taking properties on rent and then threatening the original owners.

He said that one of his friend from Candolim was victimized by these duo.

Khaunte said that the cartel needs to be exposed and the chief minister should first concentrate on the political patronage given to them.

“I will leave no stone unturned to ensure that action is taken against these people. Police should take action on this issue. This is creating insecurity to our people,” he said.