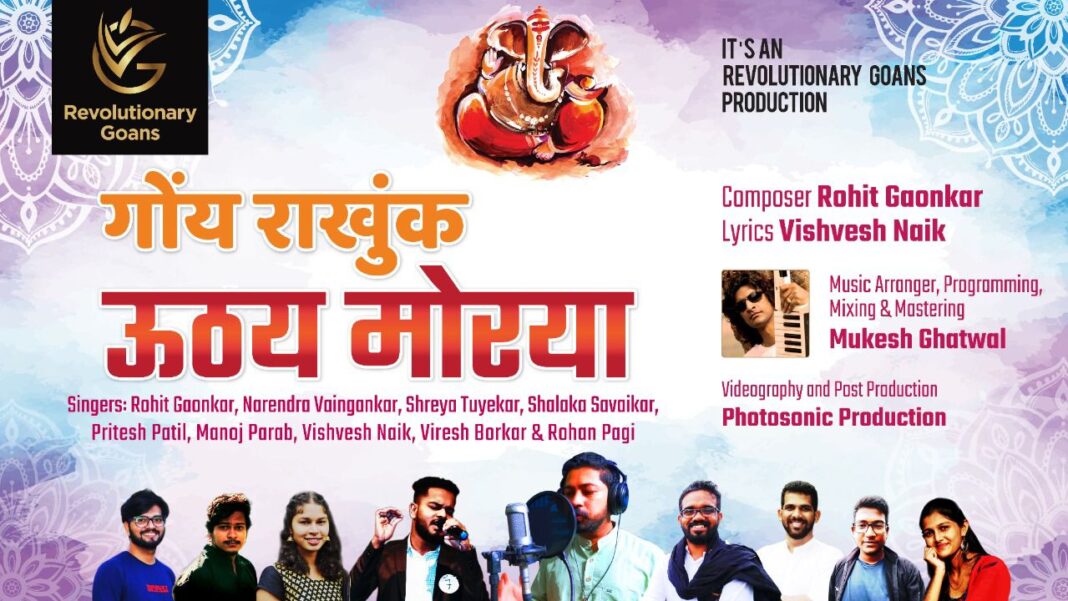 Panaji:  Revolutionary Goans released a song ‘Goem Rakunk Utay Morya ‘ ahead of Ganesh Chaturthi asking Lord Ganesha to guard and protect them on their journey to save Goa. Within 17 hours of being released the video saw 18,000 views.
The Revolutionary Goans Chief, Manoj Parab says that in this song they have turned to Lord Ganesha seeking his help and blessings to fight for Goa.
“We pray to him before any ritual or new event because his blessing will make things go smoothly. He is the Lord of beginnings and remover of obstacles and also a teacher. This Chaturthi we will seek his help and blessings to destroy all forms of evil and victory in the upcoming assembly elections. This is our last chance to save Goa and bring it back into the hands of the people of the land,” said Manoj.
The lyrics have been written by a RG Co-Founder, Vishvesh Naik who himself knows the hardship being faced by them in the struggle to save Goa and free it from the dictatorship rule.
The composer is Rohit Gaonkar and singers are Manoj Parab, Narendra Vaigankar, Shreya Tuyekar, Shalaka Savaikar, Pritesh Patil, Vishvesh Naik, Viresh Borkar and Rohan Pagi.
The music arranger, programming, mixing and mastering has been done by Mukesh Ghatwal.
The videography and post production has been carried out by Photosonic Productions.