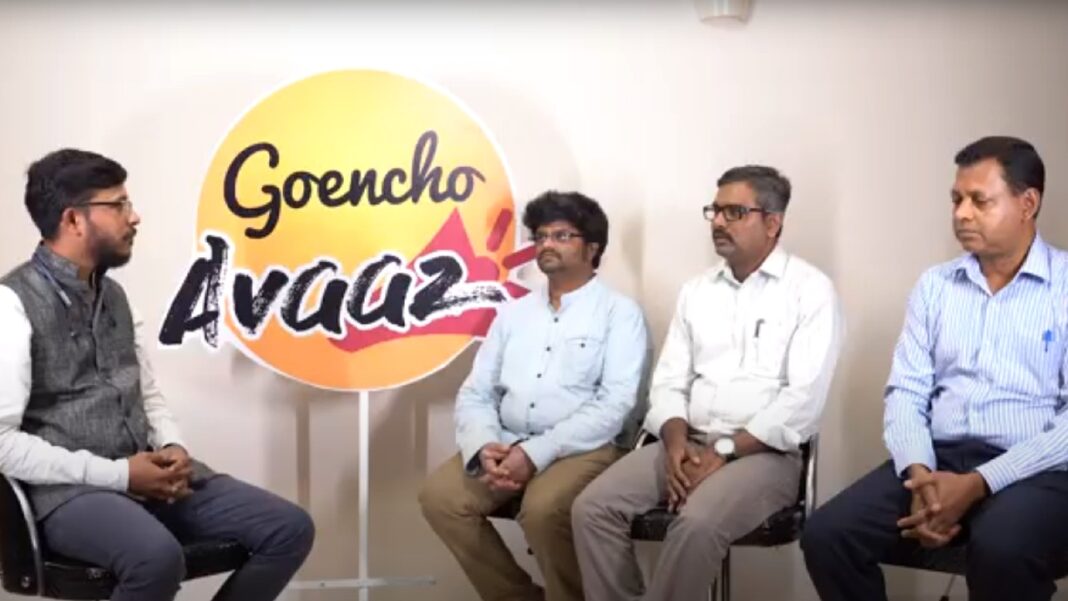 Panaji: Today, Goencho Avaaz Party has said that  Bhumiputra Adhikarini Bill (newly named as the Goa Bhumi Adhikarini Bill) was passed with such unseemly haste, that it is alleged that even the BJP Core Group was left in the dark about the existence of this Bill.
After receiving
startling information from distressed government insiders, Goencho Avaaz Party, in
conjunction with experts and legal luminaries, conducted a close analysis of the bill.
In a shocking revelation, it was discovered that it is the land sharks and not the
people, who will be the actual beneficiaries of this bill. Under the guise of providing
land and housing to the new “Bhumiputras,” this Bill is in reality a massive data
collection exercise by the Government, to be used against the people for the benefit
of the real estate lobby. Unsuspecting people who share their information with the
government might in fact, be exposing themselves to victimisation by land sharks. It
is alleged that the authorities intend to share this data with the real estate lobby,
which is on the prowl for land that is in increasingly short supply in Goa.
Articulating the key findings of the bill, Captain Viriato Fernandes, State Convenor of
Goencho Avaaz Party said: ‘’The Machiavellian machinations of the BJP party, as
highlighted by this Bill, will be the final nail in the coffin of Goa. This data bank of
illegalities, which will be innocently volunteered by the potential victims themselves,
will certainly prove to be a convenient weapon in the arsenal of the BJP government
for blackmailing and extortion purposes of both Goans as well as settlers. Corruption
will increase manifold. This was clearly seen in 2017 in Zuari Nagar, Sancoale,
where people were promised legalisation of their illegal structures on payment of
unreceipted money. To date, despite the money having allegedly changed hands,
the status quo remains unchanged, and as usual it is the people who continue to
suffer. One recollects a similar fraud having been carried out in Chicalim Panchayat
in 2004-2005 on the eve of the Assembly elections at the behest of Mauvin Godinho,
the then Cortalim MLA. A huge number of villagers living in houses existing since
decades were made to submit affidavits stating that their houses were illegal and
requesting for regularization. There has been no outcome to that and in fact, the
villagers are now living with a sword hanging over their heads. The late MLA Shri
Matanhy Saldanha had then rightly alleged that Mauvin Godinho was fooling the
people for votes.’’
‘’Now fast forward to the Bhumi Adhikarini Bill. This scam in the making was
inadvertently revealed by CM Pramod Sawant, when he interrupted Mauvin Godinho
during the announcement to categorically assert that giving of house numbers was
only for taxation purposes and not for regularisation.’’
‘Why was the Bill deliberately couched in very loose and ambiguous terminology?
Is it to enable the authorities to override any circumstantial situation that might

obstruct their cold blooded pursuit of escalating the sale of Goa to favoured land
sharks? Many people who have invested in properties and land, will not have
recourse to any legal provisions to protect their assets. Does this Act supersede
contracts entered into between landlords and tenants? I urge the people to take this
Act very seriously and to understand its grave implications and dangers as it could
financially ruin many and create an army of homeless people.’’
‘’It will be recalled that the Government had passed a Bill in 2016 itself, named as
‘REGULARISATION OF UNAUTHORISED STRUCTURES’. What happened to that
law? And what happened to the over 8000 houses that were identified under the law
as unauthorised? They were not regularised, because that Act was only a gimmick
for the forthcoming 2017 elections. In fact, CM Pramod Sawant has himself turned a
blind eye to illegalities in his own constituency, where Upper Harvalem comunidade
committee is selling 158 plots illegally, despite comunidade members approaching
every authority to stop the corruption and take the land back’’ concluded Captain
Viriato Fernandes.
Swapnesh Sherlekar, President of Goencho Avaaz Party said: “It is important for
people to realize that it is Mauvin Godinho, who is the architect of this Bill. His long
history of alleged manipulation and deceit has been the hallmark of his political
career and has been instrumental in preparing him to pull off this Bill, which is the
mother of all scams. As his Party boss famously said: ‘Aap chronology samajhye.’
‘’In 1998, the then Opposition Leader Manohar Parrikar filed a complaint with the
Crime Branch against Mauvin Godinho in an alleged Rs.4.5 crore power rebate
scam for which he was tried in the Supreme Court many years later. Mauvin’s
footprints were clearly visible in the Dabolim Airport parking lot scam, where he was
instrumental in colluding with a real estate builder to get land acquired for the airport
parking lot denotified by giving a false assurance that there existed an alternative
plot of 70,000 sq. metres that would serve to replace this plot. Till today, the non-
existent 70,000 sq. metres plot has not yet been identified. Once Manohar Parrikar
blew the lid off this scam, Mauvin Godinho immediately jumped into the arms of the
BJP. Many of us recall Godinho’s involvement in acquiring land in Dabolim for a
garbage treatment plant in order to facilitate Occupation Certificates for 4 major real
estate projects at Sancoale. When will he answer to the people about what
happened to the Rs.36 crores that he took from companies to set up a garbage
management plant that till date hasn’t seen the light of day?’’ queried Sherlekar.
Roshan Mathias, Vice President of Goencho Avaaz Party said ‘This is a complete
breakdown of our democratic system. Who is the government to decide over what is
to be done with my property? Adhikarini means that you are providing help for
somebody to decide on my property. Isn’t this akin to dictatorship? Something that
belongs to me is being taken away by force.”

“The audacity of the government to compromise the private assets of people for their
nefarious purposes is highly unconstitutional. In fact there are serious doubts if this
Act will ever stand the test of legal scrutiny, given its ambiguous framing and the
hasty manner in which it was pushed through without application of mind. But this is
the typical modus operandi of the BJP government, who has done this many times in
the past’ he concluded.