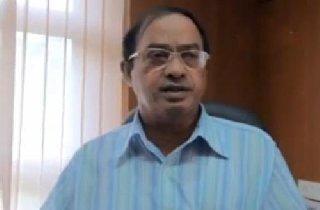 Panaji: Congress Ponda MLA Ravi Naik has slammed PWD Minister Sudin Dhavalikar for failing to provide toilet facilities and adequate supply of drinking water in his constituency.
Addressing a press conference, Naik said that Dhavalikar, who has been PWD Minister for last more than seven year, has failed to construct a single toilet under Swachh Bharat Mission in Ponda.
“What are we talking about development works? Keep that aside. PWD has not constructed a single toilet in my constituency. And I am not saying this, but government own records are stating,” Naik said as he presented the Assembly LAQ, wherein PWD Minister in a reply to MLA question has admitted of constructing no single toilet in Ponda.
He pointed out that in last two years around 500 toilets and latrines were proposed in Ponda constituency, which included individual and community toilets under the Swachh Bharat Mission. “But nothing has happened,” he said.
He also slammed Minister for failing to provide adequate drinking water to the people of his constituency, despite promising 24×7 water supply.

Previous articleSudin visits AICC headquarter in Delhi…But Why????
Next articleParrikar expected to arrive in Goa tomorrow