Rane meets Khaunte over Alvara Land issue, solution to be worked out soon 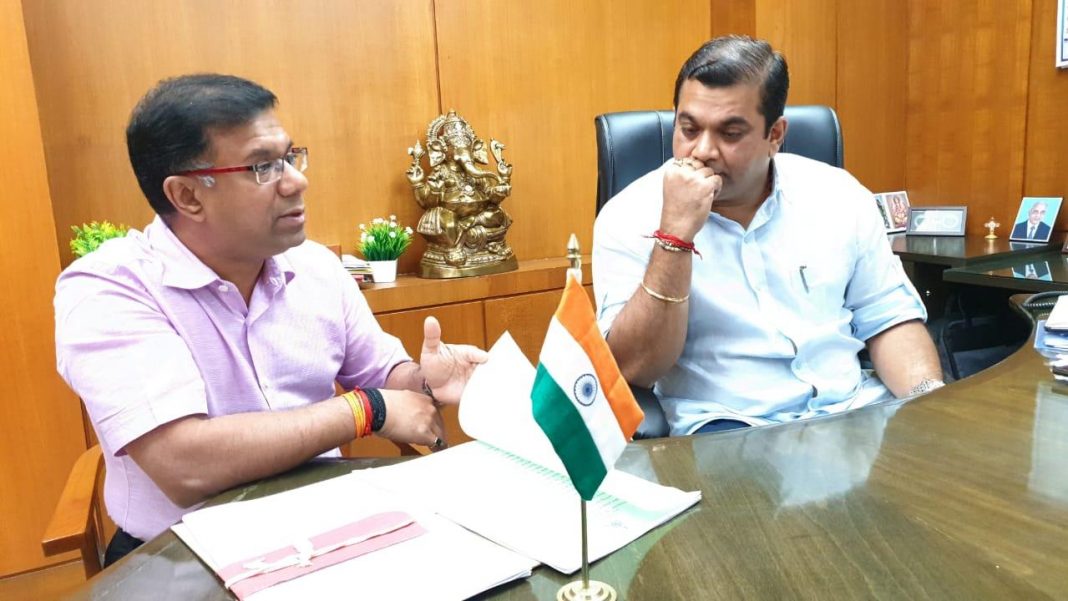 Panaji: Health Minister and Valpoi MLA Vishwajit Rane today took the issue about the fears raised by farmers in connection with the Alvara Land with Revenue Minister Rohan Khaunte, requesting him to extend the deadline set to complete the formalities to save the land from being transferred to the government.

Several farmers in Sattari had expressed their apprehensions in the wake of notification of The Goa Land Revenue Code (Amendment) Bill, 2017/

Rane who led the delegation of farmers to Khaunte at Porvorim on Friday stated that it has not been mentioned in any clause of section or sub-section in notified Goa Land Revenue Code (Amendment) Bill, 2017 that those who are not complying with this notification or those who are not cultivating the granted land as per the Alvara Grant will be reverting to the government.

“This para is creating trememdous fear and anxiety in the minds of the people of Sattari. The lands have been in the possession of people for generations together,” Rane said in a memorandum given to Khaunte.

The Valpoi MLA said that he is grateful to Minister for Revenue and it is highly appreciable for having brought this Bill to resolve the Alvara Land issue.

“But there are some points in the said Bill that requires clarity and clarifications,” he said.

On behalf of the farmers, Rane demanded that extention should be increased by a period of one year for completing the formalities as it is very difficult to get people who can translate the document from Portuguese and also people are finding difficult to pay the market price of the land.

The farmers have requested that the rates should be reduced from Rs five per square metres to Re 1.