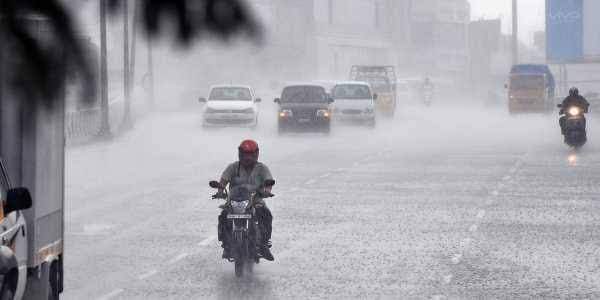 Panaji:  The incessant rains continued lashing the state of Goa on the fourth day on Saturday with the state authorities warning the fishermen and tourists against venturing in the Sea.

Indian Meteorological Observatory has predicted heavy rain occur on Saturday in the coastal state. The state has been witnessing rain since last four days, affecting the normal life.

A senior officer from State Administration said that the situation is normal in the State though the rains have continued. “The water level has receded on the several stretches on the national highway which were under water on Friday,” he said.

The IMD is yet to issue fresh bulletin for the Saturday.

The IMD had said that depression over eastcentral Arabian Sea moved east-northeastwards and intensified into a deep depression in the same evening (1730 hours IST) over the same region.