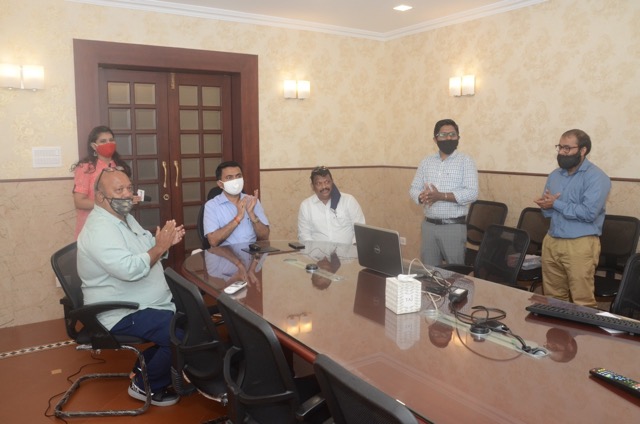 Speaking on the occasion, Dr Sawant congratulated Prime TV for launching its website and added that the government is thinking of modalities to help local Goan channels, since they give factual information. He praised Prime TV for reaching to the interiors of the villages.

Lobo also congratulated Prime TV and said the channel is highlighting the issues of the common man before the government.

Marques appealed to the Chief Minister and his government to help local cable channels due to the dire circumstances under which they operate. He also disclosed his plans to launch an APP soon.

Prime TV is Goa’s number 1 TV channel disseminating information to every nook and corner of the State. The website was redesigned following overwhelming response from the viewers. It is growing more popular and is accessible to the viewers.