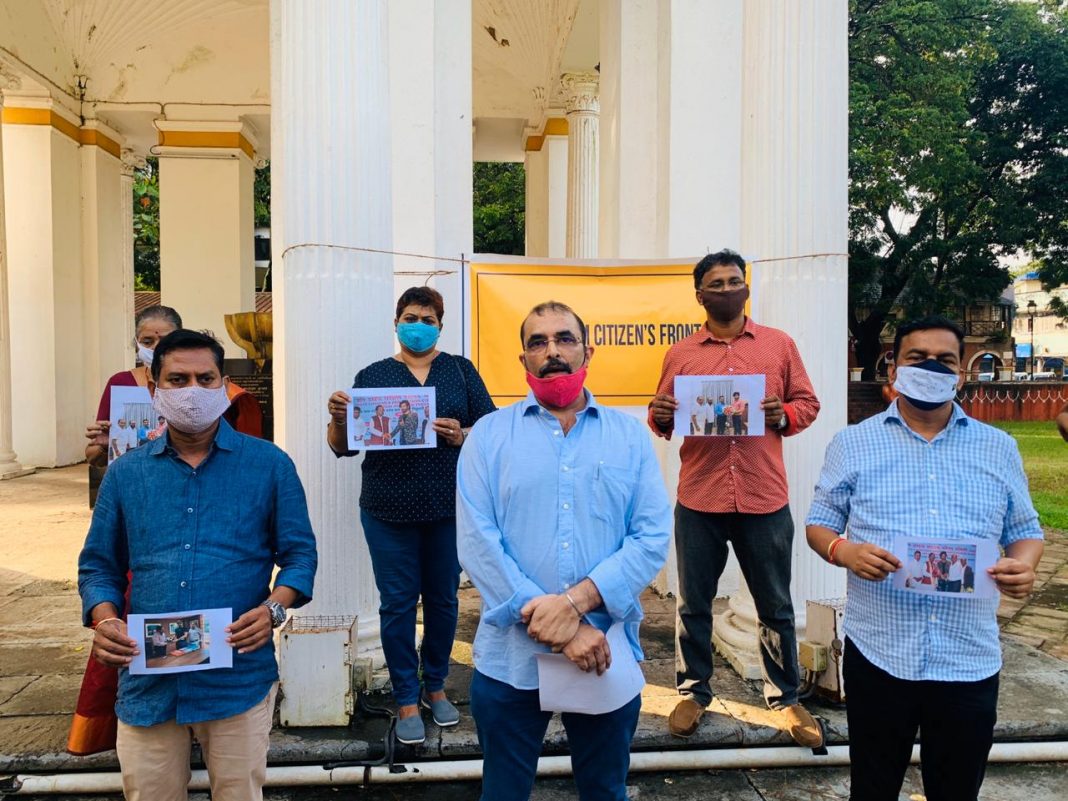 Suraj Borkar, Secretary of Porvorim Rising, said that Shetty was victimized by the police despite the fact that he was not present in the party nor related to it.

Terming BJP as “Biggest Junkish Party”, the front demanded that CBI or ED should probe the rave party case. They have also demanded probe into the affairs of Tirumala Tirupati Bank, alleging that BJP leaders   had links with the financial institution.

Borkar also recalled that two years back, one of a senior BJP leader was raided for manufacturing Ketamine in the factory premises owned by him at Pissurlem.

The Front has said that on August 15, when Vagator rave party was raided, there were nine more parties which were spared. This particular party was raided as it is alleged that kickback was not given to one of the minister in coastal belt.

He also questioned BJP spokesman Dattaprasad Naik for his “selective” attack through press conference. He pointed out that Naik has been silent on other scams while be spoke on “Labour scam” to target Jeniffer Monserratte, who is his arch rival. Borkar also demanded inquiry into the liquor trade business of Naik.

Borkar pointed out that BJP Goa Pradesh Chief Sadanand Shet Tanavade was involved in double speak, which was exposed during induction of Reitesh and Roy Naik.

Predicting that there will be raids on matka dens in Porvorim, Aldona, Saligao and Thivim constituencies, Borkar also questioned BJP’s act of inducting Babu Kavlekar who was earlier labeled as “matka kingpin” by the same party.