PM’s letter to Sarpanchas was translated with working knowledge 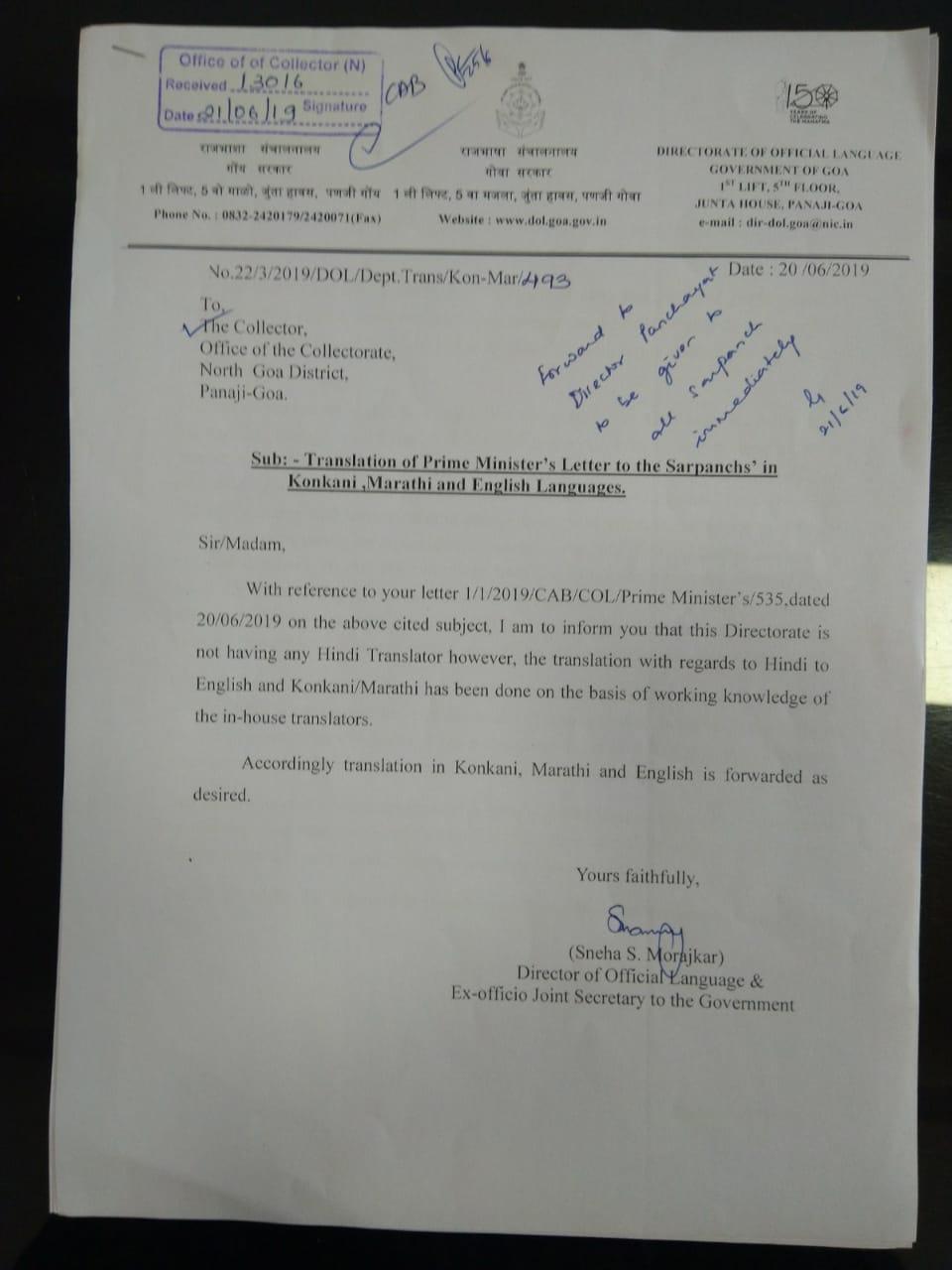 Panaji: In what reflects the affairs of Directorate of Official language, Prime Minister’s letter in Hindi to Sarpanchas had to be translated with working knowledge in English, Konkani and Marathi language due to absence of professional translator.

The directorate was asked to provide translation of Prime Minister’s letter to the Sarpanchas in Konkani, Marathi and English languages.

“The translation (of letter) with regards to Hindi to English and Konkani/Marathi has been done on the basis of working knowledge of the in-house translators,” she has admitted.