Bail granted to five arrested for assault in Panaji 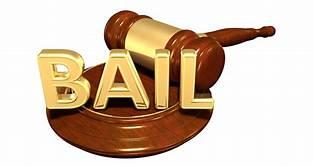 Rahul Yadoli, Satish Karishetty, Rohit bailappagol, ganesh Panjal and Parshuram Holyappanawar, who were arrested by Panaji police for assaulting Pankaj Golatkar and his friend with slaps, iron rod and threatening them to kill, were granted bail.

All were released on bail for surety of Rs 10,000 and other conditions.