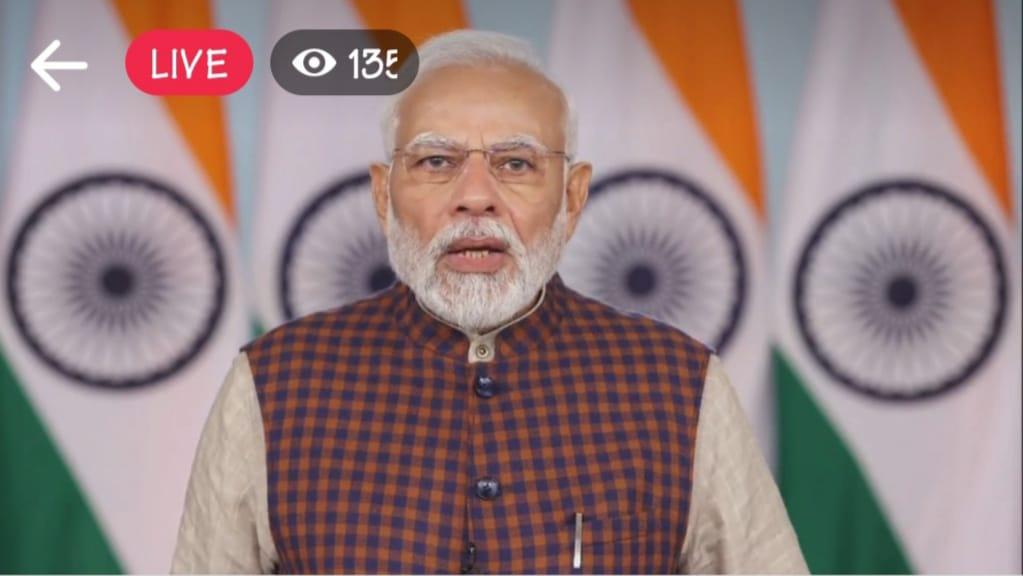 Panaji: Prime Minister Narendra Modi on Thursday appealed the youth to work towards New India by 2047.

Virtually addressing youths who were given appointment in the state government departments during Rojgaar Melava organised by Goa government, the Prime Minister urged the youths to work for the development of the state and also of the country.

Goa chief minister Pramod Sawant and others were present for the function held at Raj Bhavan’s Darbar Hall at Dona Paula, near here.

Goa government distributed appointment letters to 1250 youth in the state government departments including Police, Fire and Emergency Services, Planning and Statics and Agriculture.

The Prime Minister said that  Goa has taken a major step towards providing employment to the youth. The Prime minister congratulated all the appointed candidates and their parents.

“I was told that in the months to come, including Goa police, there will be recruitments in other departments too. This will strengthen Goa police and it will work towards safety of citizens and specially tourists,” he said.

The Prime Minister said that during last 8 years, the central government has invested thousands of crores of rupees for Goa’s development.

Mopa international airport is coming up with Rs 3,000 crore, the airport would be commissioned soon. Thousands of Goans have received employment during the construction of this Airport,” he said.

He said that the connectivity and infrastructure projects that are currently going on has created employment to goan youth.

Swayampoorna Goa is helping to create basic amenities and strengthen the infrastructure.

Speaking about the Tourism sector, the Prime Minister said that  Goa government has opened a new account of development through Tourism Masterplan and tourism policy.

“It will attract more investment in this sector and also generate the employment. There are more opportunities that are created,” he added.

The PM said that the union government is taking steps to strengthen the rural economy and also create employment in the traditional farming.

“The farmers in the food processing, coconut farming, jute and spices sector are linked to the self help groups. All these initiatives are creating employment and self employment opportunities in the state,” he said.