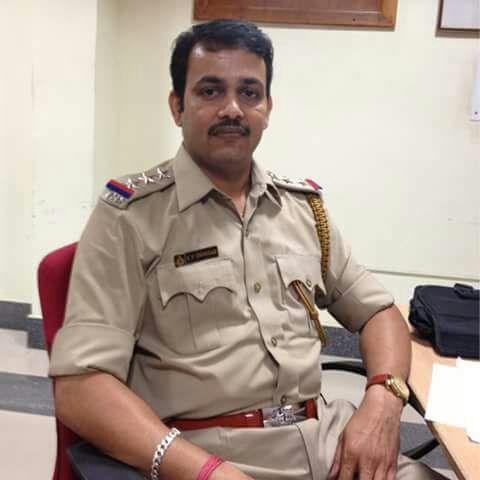 “Abhijit Dessai then caught my T-Shirt, Ulhas Gawas caught my neck and Somesh Phaldessai caught my T-Shirt at the backside and they forcibly dragged me and pushed me against my resistance, inside the Breeza Car,” he said.

Ulhas Gawas assaulted me with fist blow on my nose in the car. On the way, when we reached Vichundrem junction, Somesh then called up one person addressing him as “DYSP” to take instruction about what to do with me and where to take me and he received instructions from the “DYSP” to take me to Sanguem Police Station, and accordingly they proceeded to Sanguem from Vichundrem junction.

After proceeding further for about 3 kilometres away they stopped the car, and Abhijeet then came out and gave a fist blow on my face.

Then he again started the car and we again proceeded towards Sanguem, and in the car Ulhas kept hitting me on my face and eyes.

Abhijeet again stopped the car at Gauliwada. Abhijeet then again got out, opened the car door and gave me a fist blow on my face and Prakash Bhagat got out and kicked me very hard in my chest and Somesh Dessai caught hold of my hair and pulled the same and abused me in filthy language. I pleaded to them not to assault me but they didn’t listen.

Thereafter they sat in the car and again began proceeding towards Sanguem. While the car was in motion, Ulhas Gawas again gave a fist blow on my left side below my eye and started abusing me with filthy language and arguing with me with regard to his bar, and threatened me that he will shoot me in case of his bar is stopped on 3rd April.

By now the car had reached Ugem, near the Church. Here Abhijeet again stopped the car again and said “teka aiz boodh shikovya”. They took me out of the car. Then Abhijeet took out a knife and kept it on my neck and pressed the same in my neck in a threatening manner. Then Somesh Dessai pulled my hair and forcibly opened my mouth, while Ulhas Gawas opened a beer bottle and forcibly poured beer in my mouth. I pushed the beer bottle away somehow. Abhijeet pulled at my tummy very hard with his nails.

At this point, a car drove from the opposite direction and upon seeing this, Abhijeet told everyone to sit in the car and started the car and proceeded towards Sanguem police station. During this time, Ulhas called one “Uday Dekar’s a news reporter from his cellphone but Uday’s phone was not reachable.”

Before the Sanguem PS, there is a play ground, where the car was stopped yet again and Abhijit got out, removed me out and kicked me in my private part leaving me in excruciating pain and further kicked me in my right side abdomen. Then they put me back in the car and Abhijeet again started the car and proceeded towards the Sanguem PS and stopped the car outside the police station.

Thereafter PSI Sudin Redkar entered the PS in the casual attire and abused me with filthy language and said “Call that bitch wife Rakhi of yours who thinks she is a leader.” One constable then took me at the side in the corner and made me sit on a window sill. Abhijeet  came up to me at this moment and slapped me hard on my face in the presence of all the police staff, PSI Redkar, Ulhas, Prakash and Somesh and further abused me and my wife with obscene words.

It was about 22:45 at this time and one constable took down details of the persons accompanying me and entered it in a book. The police took my pictures and video of me on their mobile phones and these pictures and video were circulated on whatsapp with obscene words written in the message about my wife and me.

Amit was then referred to Sanguem PHC and then to Hospicio Hospital and then to Goa Medical College and Hospital as his kidney was damaged. Amit was admitted for five days in the hospital before being discharged.

Previous articleManohar Parrikar says he is personally monitoring the issue of formalin in fish
Next articlePeople should realise that fake news can do more harm: Parrikar