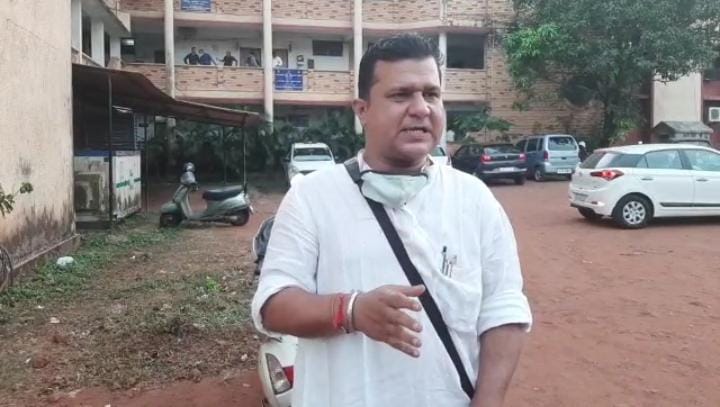 PGS also condemned politicization of Vilas Methar murder case investigation by certain elements in Congress and BJP. He said that while some NGO were invited for the candle light protest near the Church, one Melchier Pinto was also part of the group in whose property a woman was raped and murdered, a year ago.

Velingkar said that the PGS has submitted a memorandum to SP (North) urging him to reopen the murder cases and conduct the investigation afresh so that the real culprits are brought to book.

He said a lady, Shali Asnodkar, was murdered 12 years back at Porvorim, and her murderers are yet to be arrested by the police. The deceased was relative of then Porvorim MLA and Deputy Speaker Ulhas Asnodkar.

Velingkar said that some people in the government had suppressed the investigation into the gruesome murder of Shali Asnodkar.

Velingkar also demanded investigation into 2014 Estevao murder case. The deceased was a brother of MLA Glenn Ticlo. The body of Estevao was found in the night and the entire case was treated as unnatural death.

He demanded that all the three murder cases be investigated to ensure that the state does not encourage the criminals.

Velingkar said that the Police Inspectors are efficient to arrest the criminals, but their superiors, who are IPS officers don’t let them function under political pressure.

The PGS also questioned by investigations into drugs worth Rs 4 crore caught with one F Ahmad at Calangute, who was associated with the local panch member was pushed under the carpet. He raised doubts whether Calangute MLA Micheal Lobo was involved in such a cover up.

“There is politicization of every inquiry and police department is going on. Social discourse and society is organised but government is unorganized,” he added.

Previous articleCOVID-19: 94 new infection, no fatalities
Next articleFood items distributed at oldage home in Pernem as part of Satkar program