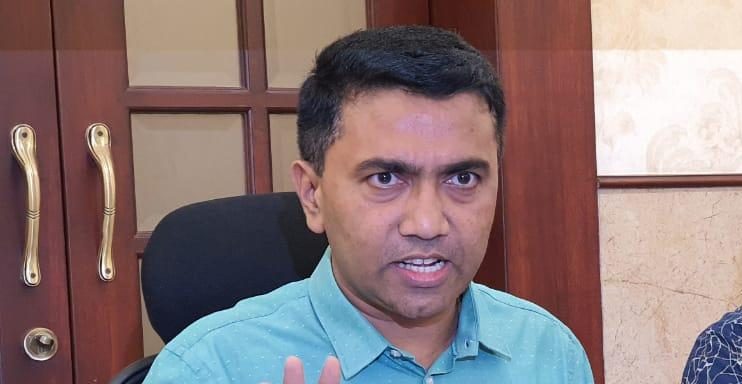 Sawant was reacting to the protests held inside and outside the IFFI 2019 inaugural venue by the opposition parties including Congress and Goa Forward Party (GFP).

Several political party leaders and activists were arrested on Wednesday afternoon following their protests inside Dr Shyama Prasad Mukherjee Stadium where the IFFI was inaugurated and also outside the venue. The slogans were raised when Javadekar was addressing the inaugural function in his capacity as Union Information and Broadcasting Minister.

The protestors had demanded that Union Environment Minister Prakash Javadekar should withdraw the letter given to Karnataka over construction of a project on Mahadayi river exempting them from Environment Clearance (EC) for it.

“There was no need of any kind of protest. Javadekar had met all the aggrieved factions who had apprehensions about his role on the issue. But despite that they protested. I can clearly see that the opposition parties wants to play politics over such a crucial subject,” Sawant told reporters outside the IFFI inaugural venue.

Javadekar had met the delegation of protestors before the inaugural ceremony of IFFI.

Sawant said that he is positive that the time bound solution would be worked out for the current crisis on Mahadayi water diversion issue.

He said that Goa’s stand remains ‘unchanged’ as the state is pressing for withdrawal of the letter.

The Chief Minister also questioned why Congress was silent when construction of a dam was undertaken by Karnataka in the year 2007-2012 when they were ruling the State.